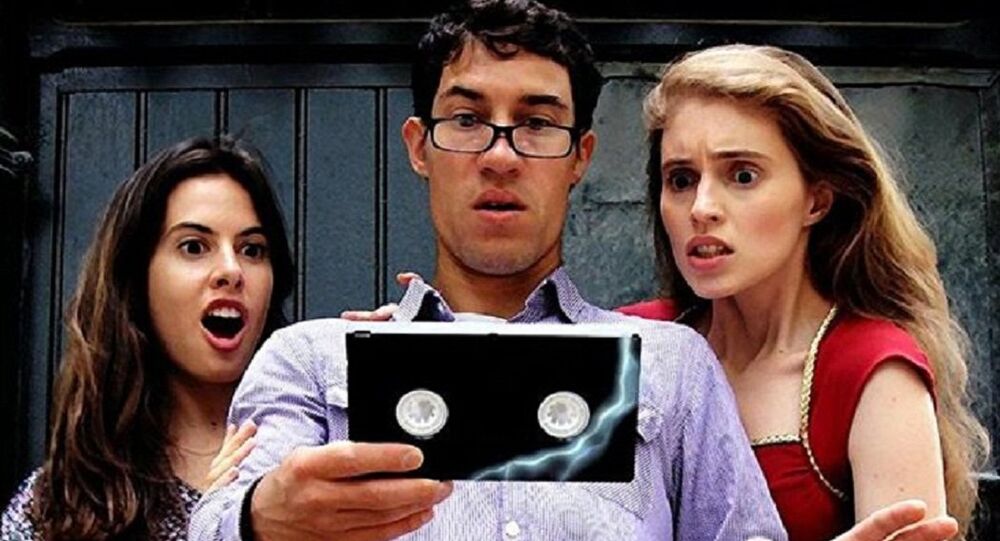 The Forgotten Gadgets of a Bygone Era

The last video recorder was produced in late July, 2016, marking the passage of a device which revolutionized home entertainment into obsolescence. Apparently, Funai was the last company producing tapes, and now it has ceased production.

Let's take a minute to remember the gadgets which have provided us with so many fond memories over the years.

Watching a film on a video recorder was a real treat, offering both the ability to enjoy films in the comfort of your own home and the opportunity to tape all of those shows which came on just a few minutes after mom and dad marched you off to bed. Older people and not-so-old people alike can fondly remember trips to video rental stores like Blockbuster in the US, Canada, UK, Australia and other parts of the world. Eventually the VHS tape, which became ubiquitous around the globe following a 'format war' with its rival Betamax in the 1980's, lost out to DVDs.

The first floppy disks were a whopping 8 inches (200 mm) in diameter, and were relatively scarce as they were popularized in the mid-1970s, before the phenomenon of home computing. They were replaced by 5 ¼ inch (133 mm) and later 3 ½ inch (90 mm). The 3 ½ inch disks which were popular by the mid-1980's and survived into the 21st century stored a mere 1,440 kilobytes of information on average, hardly impressive in a day and age where microSD chips the size of a fingernail can hold approximately 89,000 times as much data.

© Wikipedia /
Cassettes of varying tape quality and playing time. The top is a Maxell MX (Type IV), bottom right is a TDK SA (Type II) and the bottom left is a TDK D (Type I).

Most people old enough to remember the 1980's will remember mix tapes and the cult of the Sony Walkman, which allowed people to carry their own collection of music to school or the gym. It was a labor of love to record songs from other tapes, the radio, or, later, from CDs to compile the mix tapes we would keep in our cars or hand to our sweethearts.

American comedian Louis C.K. aptly recalled the chore of using rotary-dial phones, and the extra time involved in having to dial '0' and '9', located at the end of the dial. Today we still talk of 'dialing' numbers, even though the dials were replaced with buttons.

Once the domain of medical doctors and suspected drug dealers, pagers allowed people 'on call' to take a few liberating steps away from their phones. They would beep or buzz to alert their owners that they were needed, often leading to embarrassing situations at concert halls, weddings and other venues.

In the years before VCRs, children would entertain themselves with slide projectors featuring cartoons; projectors were also a common feature in classrooms and the boardroom. Families would sometimes convert photos from weddings, vacations and birthdays into slides, and alternately entertain and bore relatives with their extensive collections.

Just take a minute to remember gaming consoles, which, unlike computer games, sat in front of the television. From 'pong' and other early black and white games, Atari, Nintendo and later Sega would come to dominate the spare time of young people, much to the consternation of their parents. (e.g. "You must finish your homework") Video game reality progressed too fast. Within 30 years, it became difficult to distinguish between computer games and real life. Perhaps it's best to remember the simpler games of the last generation.

The behemoths of the 20th century living room, Cathode Ray Tube televisions held people transfixed for hours on end in the generations before high-speed internet access. Now many of us have CRT TVs sitting in our basements or collecting dust in a closet.

Before "Dandy" and "Sega" appeared, Russians had a Soviet counterpart to the Japanese-made game systems that were colonizing the West. Everyone enjoyed the game series "electronika"; the most famous of their handheld games was "Nu Pogodi!" It also featured a clock and an alarm.

In the late 1980's, calculator watches were a mega trend, allowing dedicated number crunchers to do math on the go and sometimes just type 07734, a clever way of saying 'hello'.