Fungi found growing in the fallout from the world's worst nuclear disaster are to be sent into space. Samples from eight different types of fungi taken from the Chernobyl exclusion zone are ready for take-off to the International Space Station (ISS).

Now these fungi are pretty special; after the Chernobyl nuclear disaster on April 26, 1986, when the reactor was struck by a power surge causing a nuclear melt down, the area around the site was turned into wasteland, leaving all living organisms and wildlife soaked in radiation — apart from several species of fungi which appeared to thrive.

​The fungi, which poked through the soil at the nuclear site in Ukraine are giving scientists hope that they could "produce new compounds that could be used as radiation therapy molecules," according to Kasthuri Venkateswaran (Venkat for short), senior research scientist at NASA's Jet Propulsion Laboratory (JPL), as reported by Motherboard.

Not only did these fungi thrive in the barren nuclear wasteland — they actually grew towards the radiation source.

​Scientists now believe they could hold the key to developing new radiation therapies to help fight diseases and illnesses like cancer and depression and are among the latest research investigations to be sent into space by SpaceX and NASA for the crew to carry out.

"Berkeley National Lab has an agreement that allows them to collect samples from the Chernobyl accident site," Venkat explains. "Following the accident, fungi were the first organisms to pop up and scientists wanted to understand how they can thrive in such an environment." 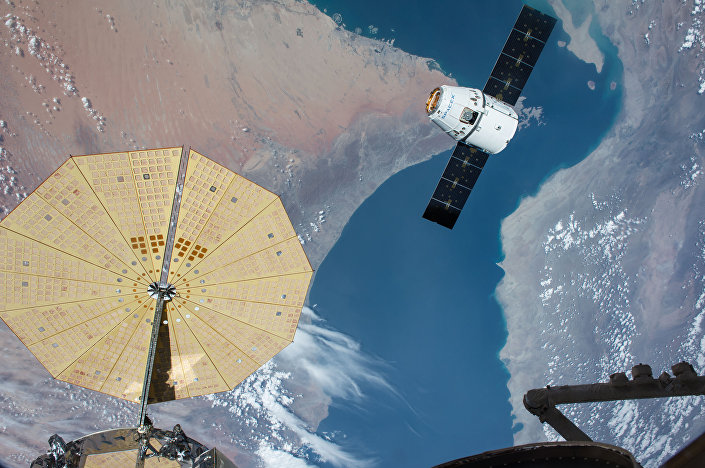 The study was proposed by NASA's Jet Propulsion Laboratory to try and find out what makes these fungi so resilient to radiation.

But the team does have a theory. Melanin, the pigment that makes skin darker, is responsible for helping protect the fungi from harmful radiation and helps convert that radiation into a food source.

"This means the fungi have adapted to the radiation activity and as many as 20 percent were found to be radio-trophic — meaning they grow towards the radiation; they loved it."

​Seven of the eight species of fungi from Chernobyl will be exposed to micro-gravity on board the ISS for a fortnight before being returned to Earth. Once back on the ground, the space fungi will be compared with strains of fungi grown on the ground.

The Lessons of Chernobyl and Fukushima

“Chernobyl”: The Virus That “Killed” Motherboards