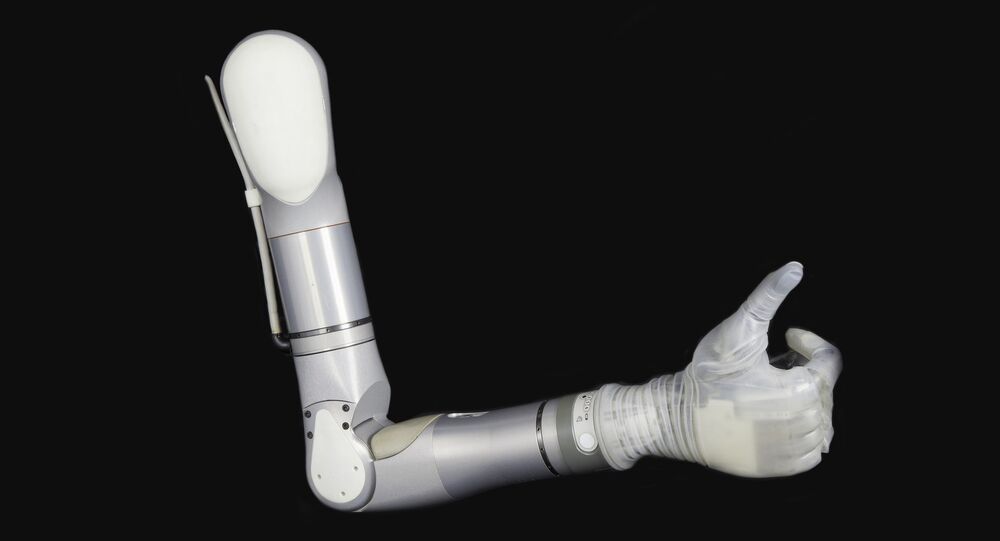 Nicknamed the LUKE, after Luke Skywalker's robotic arm, the most sophisticated prosthetic arm has been developed and is set for commercial launch before the end of 2016.

The creators of the Segway have developed an advanced prosthetic arm with the aim of bringing new hope to amputees. It has been named the LUKE after Luke Skywalker's lifelike robotic hand in the Star Wars saga.

​The company behind the arm, Mobius Bionics, believe that the product is the most intuitive on the market. Dean Kamen, who invented the Segway and the LUKE, with the help of Defense Advanced Research Projects Agency (DARPA) funding, hopes that it will give amputees the best prosthetic arm on the market.

"Working one-on-one with the amputees and learning what they liked and didn't like about using prostheses proved invaluable to our product development process. Thanks to their insight and input, we have been able to construct the most advanced FDA-cleared design that the world of upper-limb prosthetics has seen to date," Kamen said in a statement.

Anticipated to be available from the end of 2016, the prosthetic limb is said to be groundbreaking, simply because it integrates the user's nervous systems by reading electrical signals in the muscle. When an individual flexes or tenses their muscles it is mapped to the actions and movements on the prosthetic.

Therefore, an amputee who has the device will be able to perform motor actions which are much more refined and sophisticated in comparison to conventional mechanical prosthetics that tend to be controlled by buttons.

​The LUKE is versatile and offers much more flexibility and movement then other prosthetic arms. The makers tested the arm out on nearly 100 amputees for over 10,000 hours of use. The cost of the Luke is yet to be revealed, however it will more than likely be highly priced and not available for those who cannot afford it.

The hand has four independent motors and a number of pre-programmed grips that allow the wearer to pick up the most delicate of items such as a phone or egg as well as heavier items without it slipping or breaking.

© Photo : Mobius Bionics
The Luke allows users to pick up delicate items such as an egg.

The shoulder, elbow and wrist are all powered individually, allowing the wearer to reach overhead or lift a heavy bag from the floor to tabletop.

Sensors allow the wearer to know just how hard they're gripping an item, and the prosthetic material is protected against water and dust.

Mobius Bionics hasn't revealed how much the prosthetic will cost, but it will likely be out of reach for those who aren't well-off.

Prosthetic limbs for a Turtle