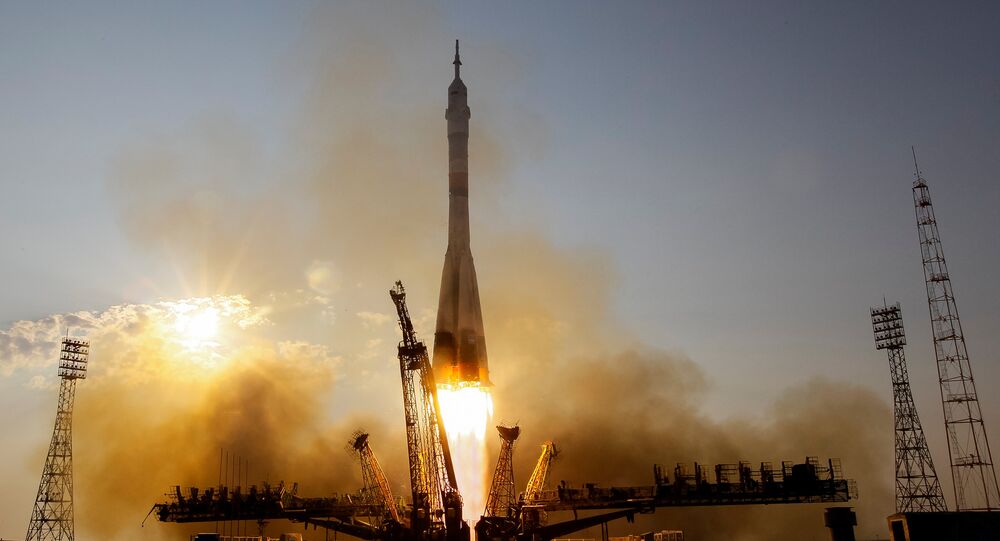 Expedition 48 lifts off from the Baikonur Cosmodrome in Kazakhstan, bound for the International Space Station (ISS).

Anatoli Ivanishin of Roscosmos, Takuya Onishi of JAXA, and Kate Rubins of NASA are scheduled to be launched in a Soyuz MS-01 spacecraft today at 7:36 AM local time (1:36 AM GMT). The crew will test modified systems for two days before docking with the ISS over the weekend. They will spend an anticipated four months aboard the orbiting space platform.

"Together, the Expedition 48 crew members will continue the several hundred experiments in biology, biotechnology, physical science and Earth science currently underway and scheduled to take place aboard humanity’s only orbiting laboratory," NASA said in a statement.

© Sputnik / Mikhail Klimentyev
Russia Develops New Memory System for Soyuz MS-01 Flight to ISS - Manufacturer
The launch will also include a fourth crewmember, Cheburashka, a beloved character of Soviet-era animation, who will spend a few weeks on board the ISS.

Manufactured by the S.P. Korolev Rocket and Space Corporation Energia, Soyuz-MS is equipped with the advanced navigation and motion control systems, as well as an improved power supply system. Roscosmos postponed its launch from June 24 to July 7 to carry out additional testing of the software.