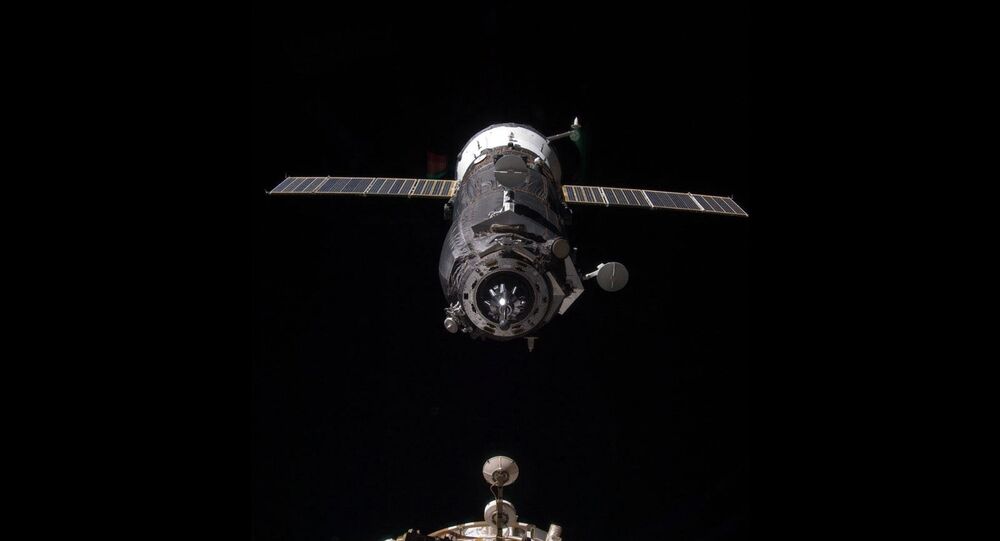 Progress MS-01, the first Progress MS series expendable cargo spacecraft, has successfully undocked from the International Space Station and is on course to be submerged in the so-called spacecraft cemetery zone of the southern Pacific Ocean, a representative of Russia's Mission Control Center said Sunday.

MOSCOW (Sputnik) — Manufactured by the S.P. Korolev Rocket and Space Corporation Energia, Progress MS-01 is the first vehicle in Russia's modernized Progress-MS series and is designed to carry out resupply missions to the ISS. The spacecraft was docked to the ISS in December 2015.

Previously, the ISS was resupplied with Progress-M series vehicles, the last of which was submerged in April, 2016.

​"Progress MS has been undocked from the ISS as scheduled. Its engines will switch to slowdown mode at 10:03 AM Moscow time [07:03 GMT]. The splashdown of unburned fragments of the cargo spacecraft is scheduled for 10:50 AM Moscow time in a non-navigational area of the Pacific ocean, several thousand kilometers from New Zealand's capital Wellington," the representative told RIA Novosti.

​On April 2, Progress MS-02, the second modernized Progress MS cargo vessel, automatically docked with the ISS. Progress MS-02 was launched from the Baikonur space center in Kazakhstan aboard the Soyuz-2.1a carrier rocket on March 31.