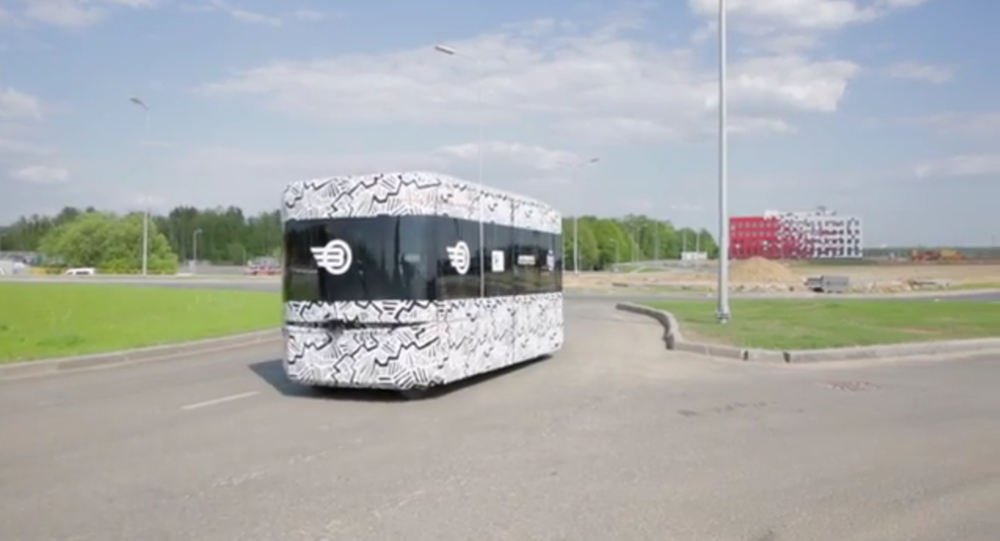 Russia's Volgabus plant in the town of Volzhsky has produced the country's first driverless bus, which is set to hit the roads by 2017, local Rossiyskaya Gazeta newspaper reported.

MOSCOW (Sputnik) — The low-floor bus, which has so far been tested in closed exhibition grounds, student halls territory and hotel grounds, is six meters long and is powered by an electric motor, the newspaper reported on Thursday.

© AFP 2019 / Noah Berger
Google Patents 'Sticky Car' for Driverless Collisions With Pedestrians
The bus may be launched in the regional capital of Volgograd by the 2018 FIFA World Cup, which is hosted by Russia, according to the publication.

The bus has several advantages over other driverless buses, such as the Ligier EZ-10 autonomous electric vehicle, currently used in Switzerland, as well as vehicles used in the Netherlands' Wageningen, and the Greek town of Trikala, Volgabus Director Alexei Bakulin said.

The automatic bus is based on platforms that can be applied in making other unmanned vehicles used to service closed territories, according to Bakulin.

In June, Russia's non-profit Skolkovo Foundation and the Bakulin Motors Group signed an agreement on establishing a center for research and development to design and test unmanned vehicles for the urban environment.