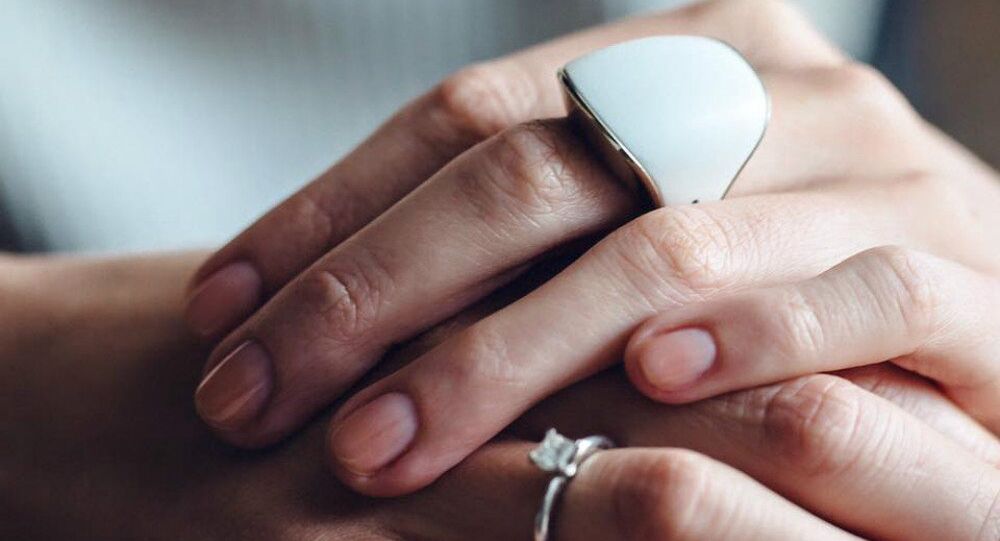 One Ring to Save Them All! Kickstarter Backs Jewelry With Panic Button

A team of entrepreneurs want to make the world a safer place with a vibrating ring that calls for help when you need it.

© Flickr / HealthAliciousNess
This is Nuts: Crime Rings are Stealing Truckloads of Almonds Worth Millions
A team of Russian entrepreneurs in the US have come up with a personal security system which allows people to call for help in any emergency situation. They came up with the idea after one of them survived a horrific attack.

"Nimb" is a ring with a panic button that allows its wearer to send an emergency alert to contacts by touching it with the thumb, and a mobile app lets people install preset contacts.

The ring also provides vibration feedback to say that a message has gone out and help is on the way.

The startup has managed to raise $149,000 funding on Kickstarter, having launched their campaign on June 21. The team told Sputnik they are currently offering a 23 percent early bird saving to customers, and aim to start delivering their rings in January next year.

"Our system works everywhere in the world, we will be happy to ship it to any point on the map," they said.

Leo Bereshansky, CEO of Nimb, said that the project began in response to a horrific attack on Kathy Roma, one of Nimb's team members, which caused them to think about a new solution for personal safety.

"The idea of Nimb came to me in the early fall 2014 when my friend had been attacked while walking down the street. She had her phone and a can of pepper spray in her purse, but no time to reach in and grab either one of them. The outcome is what you see now. We decided that that horrific experience would become more than a staggering statistic."

Nimb's producers said the device is aimed at people who are concerned about violence, who feel vulnerable, perhaps because of a health condition, or who are often in risky situations such as late night commuters and caregivers.

"Many retail shops are employing an emergency button, usually hidden under the counter.  In many cases it is impossible to press the button without getting noticed in emergency situations. This is an outdated technology that could be successfully replaced with our solution," they explained.

© AFP 2020 / CLAUS BJORN LARSEN
Denmark's Draconian Two-Month-Old Jewelry Confiscation Law Never Enforced
As well as shops, they want to use Nimb's principle to make a new safety solution for the home or office, and integrate their idea with the emergency services.

"In future Nimb will become a complex security system, offering new safety solutions for home, office, automobiles and businesses. Close integration with existing institutions — police, health care and other emergency organizations — this is what we consider to be an absolute must for an efficient system," the Nimb team said.