Researchers at the Southwest Research Institutes may have discovered a solution for a scientific paradox related to the origins of life on Earth. 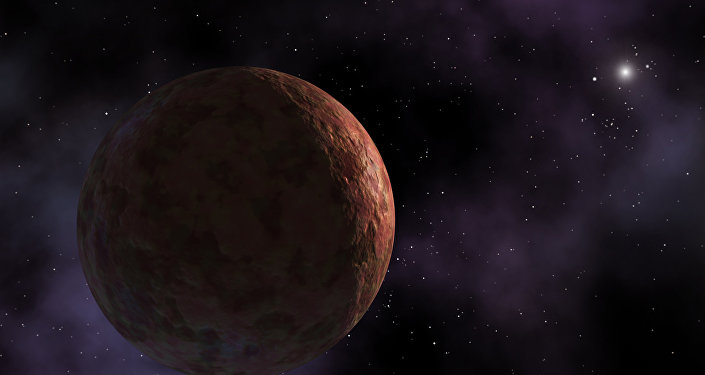 © Wikipedia /
By Jove! More Trans-Neptunian Objects Discovered
The study, published in Earth and Planetary Science Letters journal, deals with the so called 'faint young Sun paradox' – an apparent contradiction between findings suggesting the presence of liquid water on Earth during the planet’s early history and the expectations that the Sun’s output during that time period would be 70 percent as intense as it is today.

Despite the fact that the estimated amounts of solar power wouldn’t be enough to sustain liquid water on the planet, evidence like ancient zircon crystals in sedimentary rocks suggest that somehow Earth did in fact have liquid oceans back then.

The scientists believe that the answer to this paradox lies with primordial asteroids that bombarded Earth during the first billion years of its history.

"The early impacts caused temporary, localized destruction and hostile conditions for life. But at the same time, they had a long-term beneficial effect in stabilizing surface temperatures and delivering key elements for life as we know it," Dr. Simone Marchi, a senior research scientist at Southwest Research Institute's Planetary Science Directorate, said.

According to the study, this phenomenon essentially resulted in a massive atmospheric greenhouse effect produced by either carbon dioxide or methane (or even a combination of both). The model created by Marchi’s team suggests that asteroid impacts resulted in large volumes of rock melting and creating temporary lakes of lava which could have released large quantities of gases into the atmosphere.

"This early heavy bombardment could have been responsible for the large greenhouse effect needed to maintain warmer conditions, which may have been conducive to the early start for life on Earth. The bombardment also delivered large quantities of sulfur, one of the most important elements for life," Marchi added.