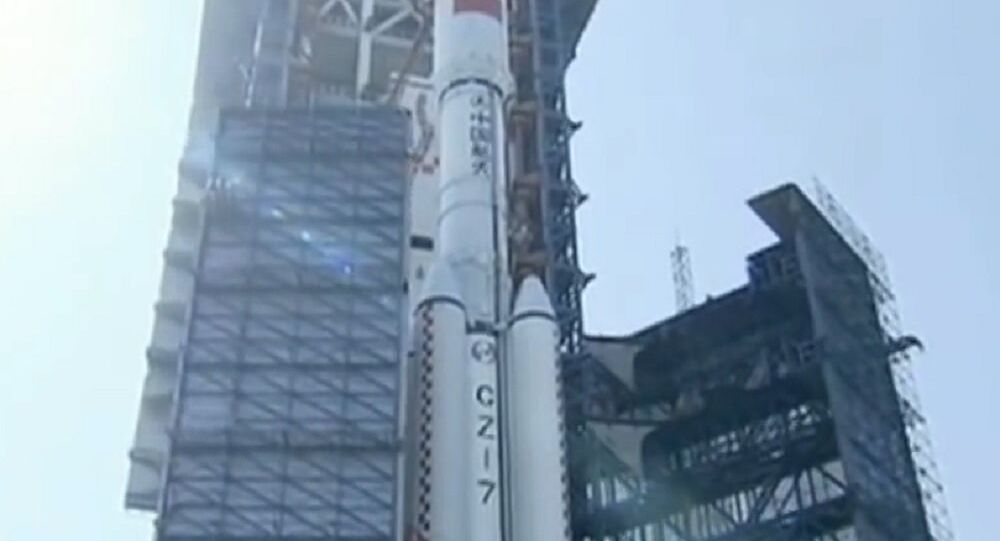 Long March 7 took flight at 12:00 UTC in what was the first Chinese launch with a sizeable public attendance as tens of thousands reportedly filled designated viewing areas to watch the 53-meter rocket take to the skies. The rocket started successfully, loaded with a test model of China's next-generation manned spacecraft and several small satellites.

Developed by the China Academy of Launch Vehicle Technology, the new fleet of vehicles, which includes a heavy Long March 5, capable of lifting up to 25 tons, and the light Long March 6, will allow China to build and service a new Tiangong space station, which may come into operation in 2022.

The new rocket is powered by the newly developed YF-100 — the first stage using two engines and strap-on boosters using a single engine each, and a YF-115 driven second stage using four engines.

The new launch complex brings a larger versatility that isn't provided by the other three launch sites. Wenchang provides an increase in performance for the launch vehicles gained from the Earth's rotational speed because it is closer to the Earth's equator. This reduces the amount of propellants required for the satellite's maneuver from transit orbit to geostationary orbit.