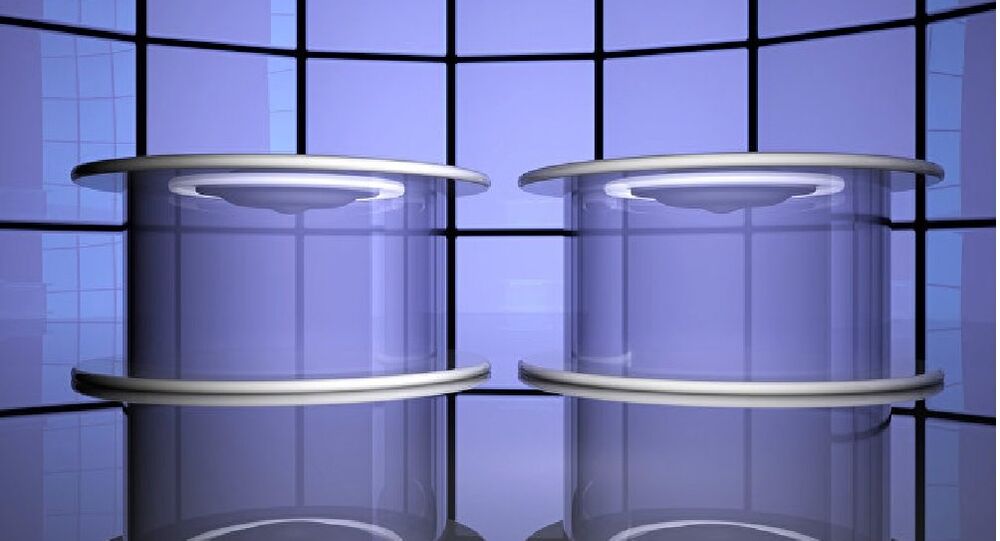 MOSCOW (Sputnik) — Earlier in the day, the Kommersant newspaper reported that the state initiative envisages the development of high-tech projects, including a national programming language, a secure communication system based on quantum communications infrastructure and a new type of operator for unmanned systems, by 2035.

"There is nothing like this on the roadmap and there could never be," head of the ASI’s Young Proffessionals Direction Dmitry Peskov told RIA Novosti.

© Flickr / NASA Goddard Space Flight Center
Physicists Conduct Record 25 Km Quantum Teleportation Between Light and Matter
He explained that the roadmap included the development of quantum communication in which there is the phenomenon of quantum teleportation.

"It does not mean the physical movement. You can send a message from point A to point B, which is impossible to intercept," Peskov said.

Due to the security of such communication systems, banks and security agencies are highly interested in the development of this technology, he said. According to Peskov, the Russian Quantum Center is currently working on its implementations. The center has already completed the construction of the first secure communication system under a contract with the Gazprombank, he said.