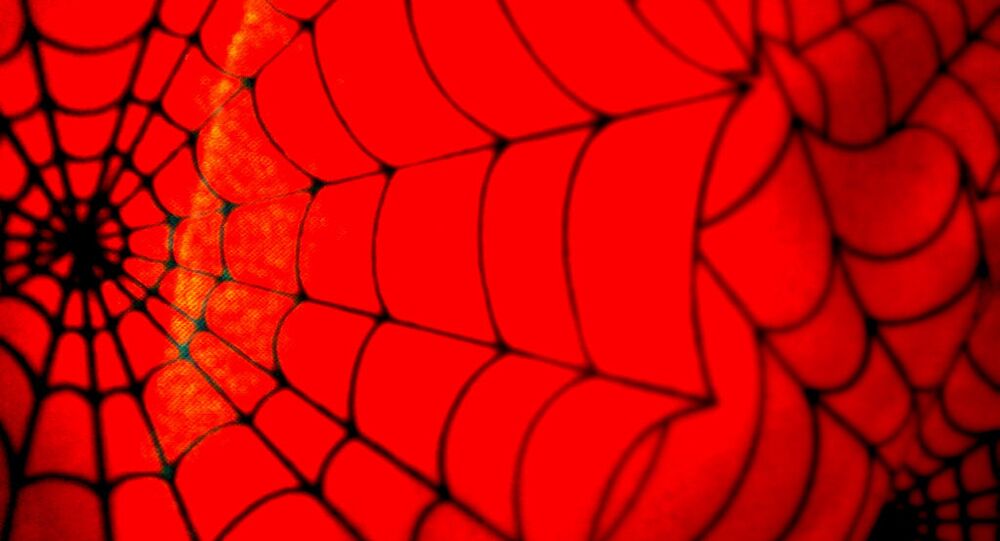 Opera Software CTO: My Perspective on WWW is 500 Years Into The Future

In the 1990s Håkon Wium Lie was working alongside World Wide Web’s inventor Tim Berners-Lee at CERN to develop CSS – a style sheet computer language which is used to describe web page layout, colors and fonts.

During the interview with Sputnik, Wium Lie — currently CTO at Opera Software, and a farming hobbyist, was tasting pickled garlic and apples at a St.Petersburg market and talking about the future of the Web.

It seems that Håkon Wium Lie can talk about the Internet for hours — remembering how it used to look like in the early 1990's, and then leaping centuries into the future. Wium Lie is one of the Web's founders, and a participant at the 2016 Saint Petersburg International Economic Forum (SPIEF).

At SPIEF you talked about introducing Cascading Style Sheet standards. In the 1990s the Web already had its own programming languages, like HTML. Why did we need a separate language for layouts and page design?

I proposed CSS in 1994, which was a long time ago, more than 20 years ago now. But the Web was very different then. And understanding the reasons why CSS was invented, helps us understand now why things are the way they are, and maybe why they are not the way we think they should be. There are some requests, which is very understandable, and which will help move CSS forward. When I proposed CSS I wasn't really after the fancy fonts or animations, that wasn't the main driver. The main driver was to protect HTML, so that you have another language to put all these requests for rounded borders and colors and backgrounds and all the fancy stuff, which is very important. We shouldn't underestimate the aesthetics. I think aesthetics is incredibly important, and if we don't offer beautiful web pages, nobody's gonna use the web.

«May I shake your hand, Mr Gergiev» is a beautiful sentence for an @opera @operaen lover to say. And be heard. @ValeryGergiev #SPIEF2016

​Besides tech talk, business and politics, the Saint Petersburg International Economic Forum, is known for its art and music events, for sharing Russian culture and cuisine. Håkon Wium Lie says he was impressed by the music of Valery Gergiev who gave a concert in the city's Palace square,  and by Russian kvass — a traditional drink made from fermented rye bread.

Knowing that Wium Lie runs an organic farm in Norway where he grows apples, and that he also likes pickled foods, Sputnik invited him to St.Petersburg's Vasileostrovsky market, where local farmer sisters Gulya and Malina shared with the Norwegian guest the secrets of traditional Russian pickled apples, garlic, beets and cucumbers.

From pickled garlic we moved on to The Onion Router. Opera recently introduced built-in Virtual Private Network technology in its browsers. Just like the famous privacy tool TOR, or The Onion Router, VPN allows users to stay anonymous by "tunneling" the traffic between user's computer and the web page he's visiting through a special encrypted gateway.

We acquired a small company that does the VPN service. And we've calculated that of course it costs us money to run this, but we think that it will benefit us overall.  With TOR — the example you mentioned, I think there is healthy — not competition, maybe, you know, we have different ways of achieving the same goals. I do think it's important that there is a community that is very conscious about privacy. Edward Snowden, he lives in Moscow, he cannot go to the West anymore because of the things he disclosed, so I think governments are having problems all over, some of them are little too eager sometimes. We need to make sure that they don't win the battles here.

Just as SPIEF-2016 discussions were in full swing, big IT news hit the headlines: Microsoft announced the upcoming $26.2-billion deal to acquire LinkedIn — world's largest professional network. The issue came up in the conversation when Sputnik asked Håkon Wium Lie about the future of the IT industry.

I think you'll see big companies will do big things. Like, you know, LinkedIn acquired by Microsoft. I'm not sure I want Microsoft to own all the CVs on the planet. So I think there will be a healthy reaction to that, people would want to start other activities. You don't really want to be owned by a huge American corporation.

There is a lot of pressure that the Web is experiencing from the governments and from the corporate world. What can we expect in the future? What's the direction, in which the Web will be going and things that will be possible on the WWW?

© REUTERS / Kacper Pempel
Where Google Does Not Go: What is Hidden Underneath Open Websites
You will find your spouse on the Internet. You will do your banking on the Internet. It becomes a vital part of our infrastructure and it's only 20 years old. My perspective is 500 years into the future: what would it look like then? It's not a random number, because if you go back 500 years you'll find invention of the printing press, which is probably the only thing that the Web can be compared to. I think the Web is bigger than TV and radio, for example. The printing press changed Europe fundamentally. Europe after the printing press had reformation, renaissance, the industrial revolution — all these great things happened as a result of being able to distribute information freely, or, at least inexpensively. And the Web has the same caliber, but it's bigger, it's worldwide, it has changed the whole planet. And some things are not so good. There are threats, there are bad guys, there are crooks out there, but overall, I think, the Web will do us good.
...
Reddit
Google+
Blogger
Pinterest
StumbleUpon
Telegram
WhatsApp
84
Tags:
future, internet, St. Petersburg International Economic Forum (SPIEF) 2016, Opera Software ASA, Saint Petersburg
Community standardsDiscussion