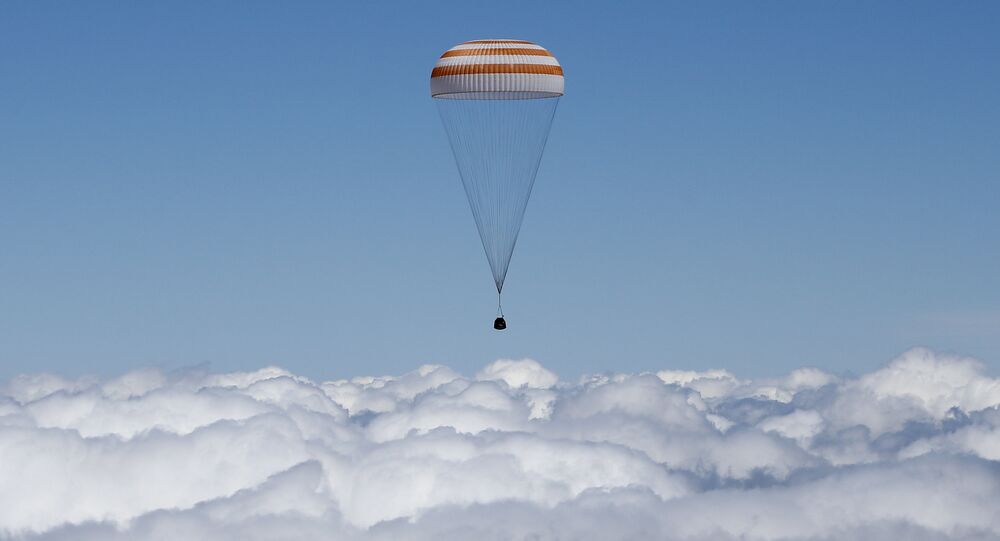 The Russian space corporation Roscosmos has released videos of the Soyuz landing, including one which shows what the astronauts saw as they passed through the atmosphere.

A series of videos released by Roscosmos reveal the process by which the Soyuz Space Capsule made a successful landing in Kazakhstan on Saturday, bringing back three astronauts from the International Space Station.

The first video, uploaded to Facebook, shows how Soyuz split into three parts at an altitude of approximately 140 km, before entering the atmosphere. These are the cylindrical instrument-aggregate module, the lander containing the astronauts, and their habitation module.

The second video was shot three minutes later, and shows the lander flying through the atmosphere at an altitude of 99.8 km in temperatures up to 2000 degrees Celsius. During this time the crew loses radio contact with the mission control center for a few minutes, Roscosmos explained.

The next video shows what the astronauts see through the window as they are going through the atmosphere in the lander.

In the final video, the lander is flying at an altitude of 10.5 km and reaches a speed of 220 meters a second before the system opens the parachute container.

The first parachute to open is the brake parachute, which takes the lander to a height of 8.5 km. After that, the main parachute opens, over 11 seconds, and guides the lander and the astronauts back to Earth.

The Soyuz capsule carrying Russian cosmonaut Yuri Malenchenko, NASA astronaut Timothy Kopra and European Space Agency's Timothy Peake landed in the Kazakh steppe on Saturday. The astronauts spent 186 days at the ISS, during which they carried out more than 50 important scientific experiments.