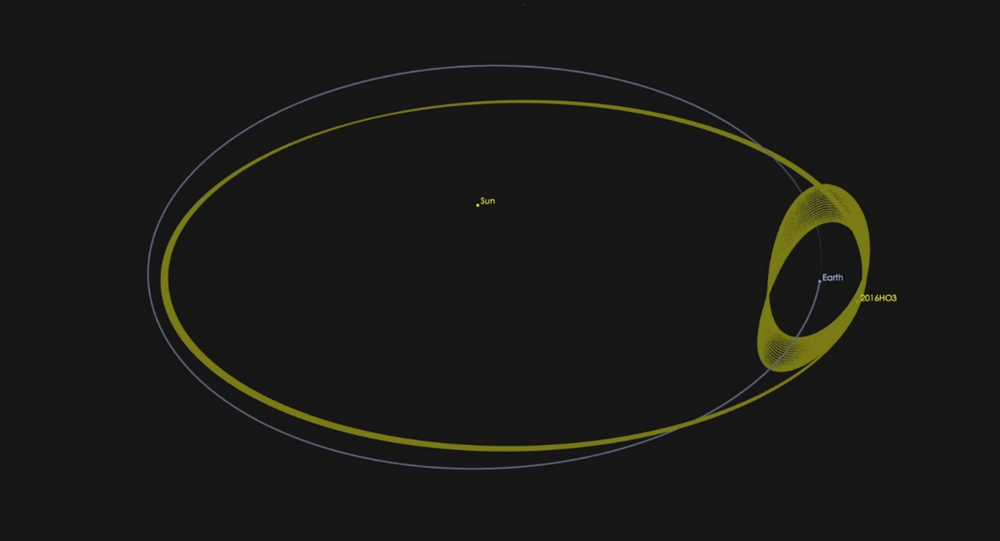 As the Voyager spacecraft and Hubble telescope make new discoveries about deep space on a daily basis, it seems we’re still learning things about our own cosmic backyard.

A new finding from NASA’s Jet Propulsion Laboratory (JPL) has found that the Moon may not be the only object orbiting Earth.

An asteroid dubbed 2016 HO3 has been tracked, and while it doesn’t technically revolve around our planet, it orbits the sun in a path very similar to Earth.

"This new asteroid is much more locked onto us," Paul Chodas, manager of JPL’s Center for Near-Earth Object Studies, said in a statement.

"Our calculations indicate 2016 HO3 has been a stable quasi-satellite of earth for almost a century, and it will continue to follow this pattern as Earth’s companion for centuries to come."

The exact size of the asteroid is unknown, but scientists estimate it’s between 130 and 330 feet wide.

© NASA . JPL-Caltech
Asteroid 2016 HO3 has an orbit around the sun that keeps it as a constant companion of Earth.

"In effect, this small asteroid is caught in a little dance with Earth," Chodas said.

NASA has tracked similar asteroids in the past, but none have remained as faithful to Earth’s orbit as HO3.

"One other asteroid – 2003 YN107 – followed a similar orbital pattern for a while over 10 years ago, but it has since departed our vicinity," the statement reads.

While the sudden presence of a previously unknown quasi-satellite trailing our planet could understandably give some cause for concern, NASA officials maintain that HO3 poses no threat to Earth and is not dangerous.

Spin Round and Round: Astronaut Does Somersaults in Space