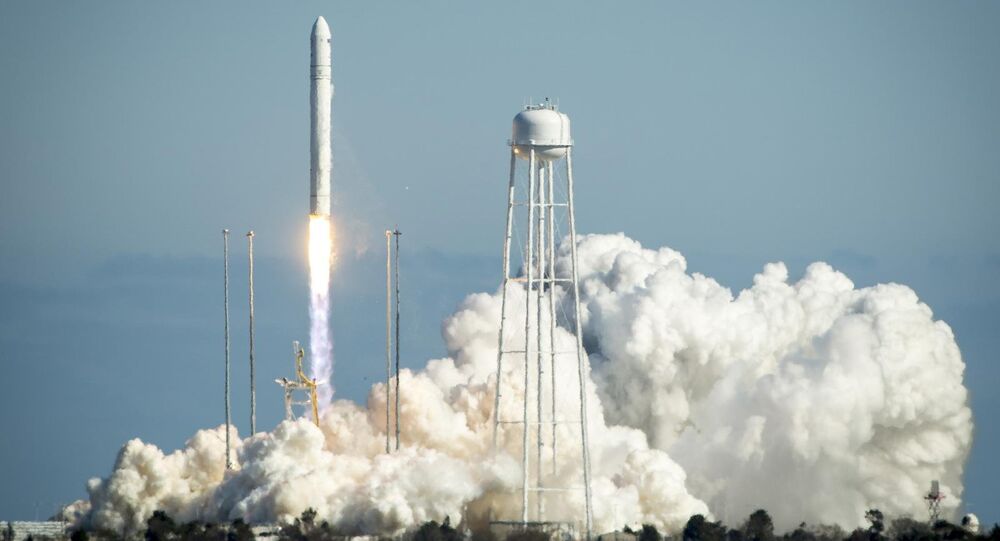 The launch of the modernized US Antares expendable launch system, equipped with the new RD-181 Russian engine, is likely to take place in August instead of July, the NASA Spaceflight publication reported Thursday.

MOSCOW (Sputnik) — The Antares carrier rocket, equipped with RD-181 engines, will be used to launch the Cygnus spacecraft designed to transport supplies to the International Space Station (ISS).

© CC0 / NASA logo
Say What? NASA Wants to Grow Human Body Parts on Mars
Earlier, it was reported that the carrier rocket's designers, the US corporation Orbital ATK, intended to carry out the first launch on July 10.

The first test of the Russian-made RD-181 rocket engines used in the first stages by the US Antares carrier rocket was successfully conducted on June 1. In 2015, the engine manufacturer Energomash delivered four such engines to the United States under a contract signed in 2014.

Two launches of the Antares rocket were successful, while the third ended in disaster. In October 2014, the rocket exploded seconds into its launch at the Wallops Flight Facility located on the Atlantic coast of the US state of Virginia.

Russian, US Astronauts to Return From ISS on June 18 - NASA

NASA One Step Closer to Resolving the Mystery of Dark Matter