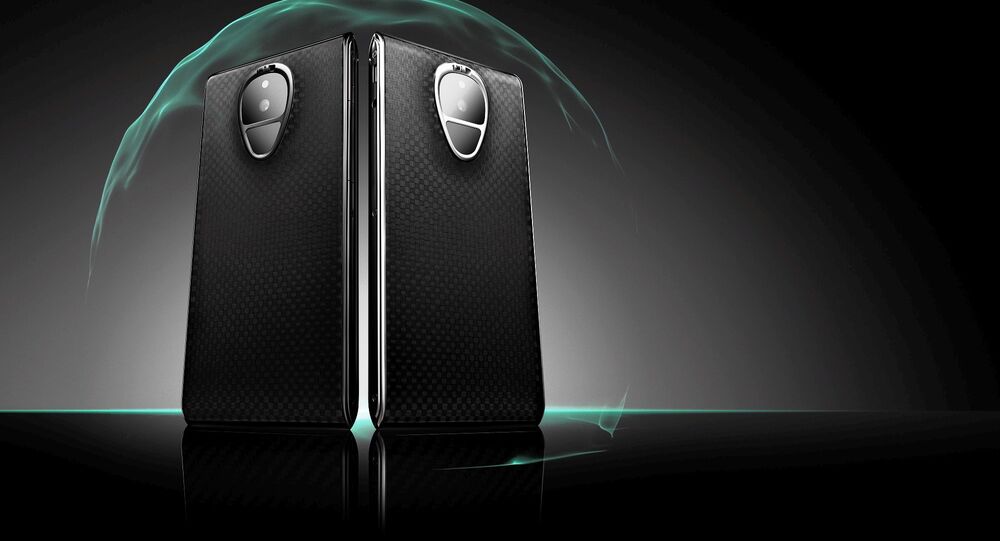 Is privacy becoming a luxury? Well, a smartphone built with military grade encryption and technology has been launched on the market suggesting it could be.

If you want a cell phone that can thwart cyber attacks, and offers the "strongest possible mobile privacy protection worldwide," then you'll have to pay US$14,000 for the Solarin smartphone launched by Sirin.

​"Sirin Labs partnered with KoolSpan to integrate chip-to-chip 256-bit AES encryption, the same technology that the military around the world use to protect their communications, offering the strongest possible mobile privacy protection worldwide," the firm states.

"Cyber-attacks are endemic across the globe. This trend is on the increase. Just one attack can severely harm reputations and finances," Tal Cohen, CEO and Co-founder of Sirin Labs Truly Global, said at the launch in Mayfair, London.

A photo posted by eriksson and associates (@erikssonandassociates) on Jun 1, 2016 at 6:27am PDT

Other than military standard encryption and privacy technology, the smartphone comes with a 24 megapixel camera, 4K video recording, 4GB of memory, massive rechargeable battery, fingerprint scanner and a switch on the back that puts the phone into a "secure mode."

The company states on its Twitter handle: "Not all Privacy is Created Equal". And with the launch of the Solarin smartphone, it appears that privacy could indeed be fast becoming a luxury.

Security really does come at a cost with this phone… #privacy #SOLARIN https://t.co/I8GHWxfkgA

​Carrying a price tag of US$14,000, it's no surprise celebrities, including Tom Hardy and Leonardo DiCaprio attended the launch in Mayfair where Tal Colhen, the company's CEO said the smartphone was built with three things in mind:

​"Technology, security and quality" is aimed at the "international business person who carries a lot of sensitive information but doesn't want to compromise on usability, quality or design."

Basically rich people who can afford to pay to keep their secrets safe.

However, The Register points out that there are other Android and Apple smartphones on the market with "better security than ever" that don't come with the same price tag as the Solarin.

"Blackphone is the sold-out privacy phone built by famous crypto wonks with a price tag of US$850."

The article also suggests that if people wanted to beef up their cellphone privacy, they could follow Edward Snowden's example and use Signal for encrypted communication.

But for those who can afford it — the price tag to protect your secrets is US$14,000.