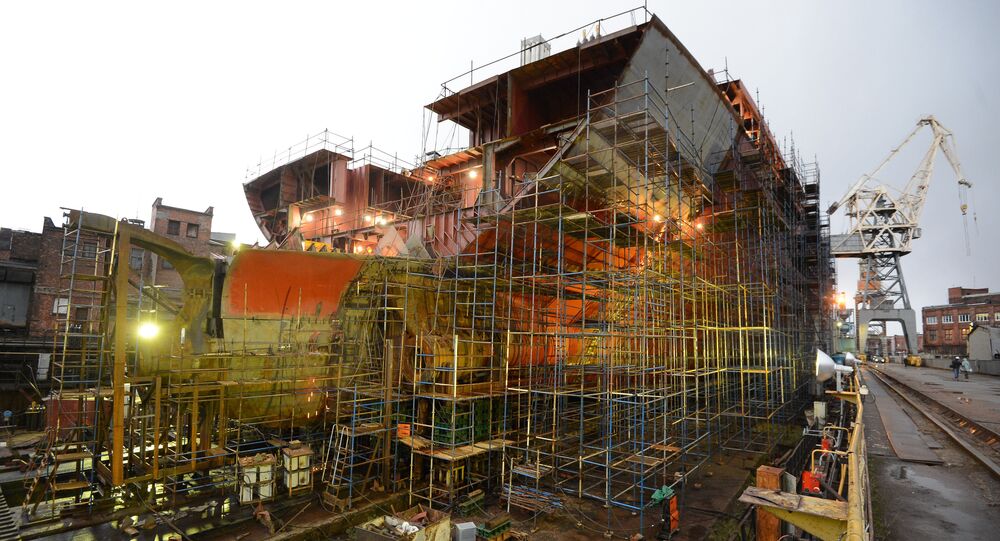 "The date has not yet been finalized, but this event will take place within the next two or two and a half weeks," Rakhmanov told reporters.

The corporation currently plans to build two more icebreakers of the series, he added.

Earlier in May, the director general of Russia's nuclear icebreaker fleet operator Rosatomflot said that Arktika will be launched from the Baltic Shipyard in the summer of 2016 ahead of its late 2017 planned launch. Nuclear fuel for the vessel's RITM-200 nuclear-power reactors is to be produced by the TVEL fuel company by the end of the year.

© Sputnik / Vladimir Astapkovich
Russia Produces First Nuclear Fuel Elements for Future Arktika Icebreaker
Built by the United Shipbuilding Corporation, project 22220 is world’s largest and most powerful vessel of its kind. The vessel is 189.5 yards long and 37.1 yards wide. The ship displaces 33,540 metric tons. Fitted with two specifically designed RITM-200 nuclear-power reactors, the new vessels will be able to escort convoys in the Arctic, breaking ice up to 10 feet thick and 13 feet deep.

Only in Russia: Meet the Tractor-Icebreaker