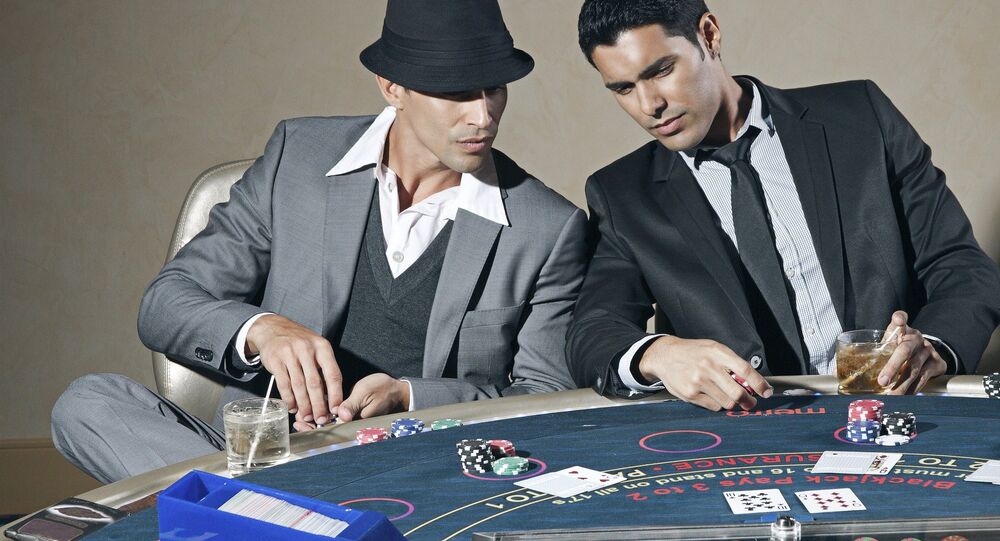 Pot Luck or Science? How the Best Gamblers Beat the System

Sputnik has been told that the best mathematicians and scientists over the years have all dabbled with gambling - in one way or another - to find answers to complicated questions and the path to the perfect bet - but gambling has not made any of them millionaires.

Adam Kucharski, a lecturer at the London School of Hygiene & Tropical Medicine, who works on mathematical analysis of infectious disease outbreaks, has told Sputnik that some of the greatest minds throughout history have dabbled in gambling to find answers to some of the human race's most complicated questions.

"Whenever casinos or bookmakers introduce new games, if you have smart people focusing on it, they find gaps and almost any game — if you try hard enough — there is a way to exploit it. Whether it's worth doing and worth the effort is a different question. But it is remarkable how many people have found ways to beat games which we thought were impenetrable," he told Sputnik.

"There's been a lot of debate throughout history about games as to whether they're more luck than skill and in many cases people have used science to show that games that we think are almost the archetype of luck — things like roulette and lottery — actually with the correct strategy you can find loopholes and take them apart," he told Sputnik.

The perfect bet: How science and maths are taking the luck out of gambling Book tickets @Ri_Science #math https://t.co/bxhMRbYOcR

He cites the example of a team who entered the London Ritz in 2004 and went away with over a million dollars over two days by using a tracker device to watch the speed of the roulette ball and convert that into a prediction about where it landed.

"This idea has been around since the 1960s and 1970s. As it happens, one of the first wearable computers was actually designed for going into casinos and predicting roulette spins."

"If you just track the speed and use physics to work out where it's going to land, there's nothing actually [illegal]. Even so, in the US, they have banned computers. But in the UK they haven't, so in the particular instance, what the gamblers did was completely legal. I think it's an idea — which has actually been kicking around for quite a while, but always been quite secretive.

Do brains work like computers? Interesting critique by @GraziosiSergio https://t.co/2oCcD0yysF

"One of the things I found remarkable while researching the book — The Perfect Bet - was how many of these big figures in science have actually been interested in gambling as well. Alan Turing, for example — obviously he's well known for his work in computing — [but he proposed] the Imitation Game where computers have to persuade humans that they're thinking like a human, to imitate a human. But he did some unpublished work on poker — he was trying to work out some of the game play questions."

​"If you look back, people like Galileo and Johannes Kepler — all of them at some point had a little foray into gambling and many of the ideas surrounding probability and statistics emerged by looking at these kind of games. It's been a really good playground for scientists over the centuries to test out all these new ideas and concepts, he said.

So why were they not millionaires?

"Many of the really fundamental ideas in gambling and scientific syndicates were created — not by professional gamblers — but by people in academia. For some of them, being a professional gambler wasn't the endgame. There's a great story about a statistician who found a lottery loophole, but when he sat down and worked out how long it would take to implement it, he was actually better off in his day job. He was making a decent success of his job already and switching to gambling wouldn't have made him any more money," he told Sputnik.

Turing test beat by computer - or is it?