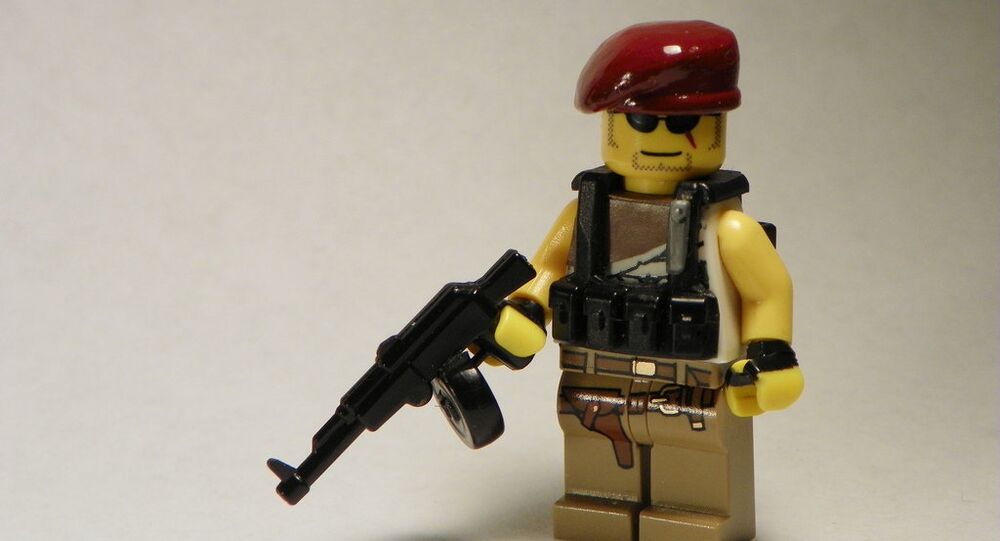 Once known for their colorful building blocks, Lego products are becoming increasingly violent as the company takes part in an "arms race" aimed at gaining the attention of children in the digital age, researchers have claimed.

A study conducted by researchers from New Zealand's University of Canterbury found children's toys were in general becoming more violent, with Lego leading the way by incorporating a higher proportion of weapons among their building blocks.

The study also found this violent trend was being complimented with more war-like scenarios among Lego's themed sets.

"The Lego company's products are not as innocent as they used to be," researcher Christoph Bartneck said.

"The violence in Lego products seems to have gone beyond just enriching game play."

​The study found Lego had "showed significant exponential increases of violence over time," with weapons and violence-related material increasing in recent years.

"Currently, around 40 percent of all pages contain some type of violence — in particular, scenarios involving shooting and threatening behavior have increased over the years," the study said.

"The atmosphere of the violent acts is predominantly perceived as exciting."

While focusing on Lego, researchers noted the company was merely following global trends in children's entertainment.

"To catch the attention of their customers, toy manufacturers are similarly locked in a metaphorical arms race for exciting new products."

In recent years Lego has produced themed kits, often relating to popular children’s movies, such as Star Wars, Batman and Harry Potter, which often contain weapons or other violent themes.

"As with other play types, conflict play is a natural part of a child's development," he said, adding that Lego weapons are part of the overall package.

"We always try and use humor where possible as it helps tone down the level of conflict."