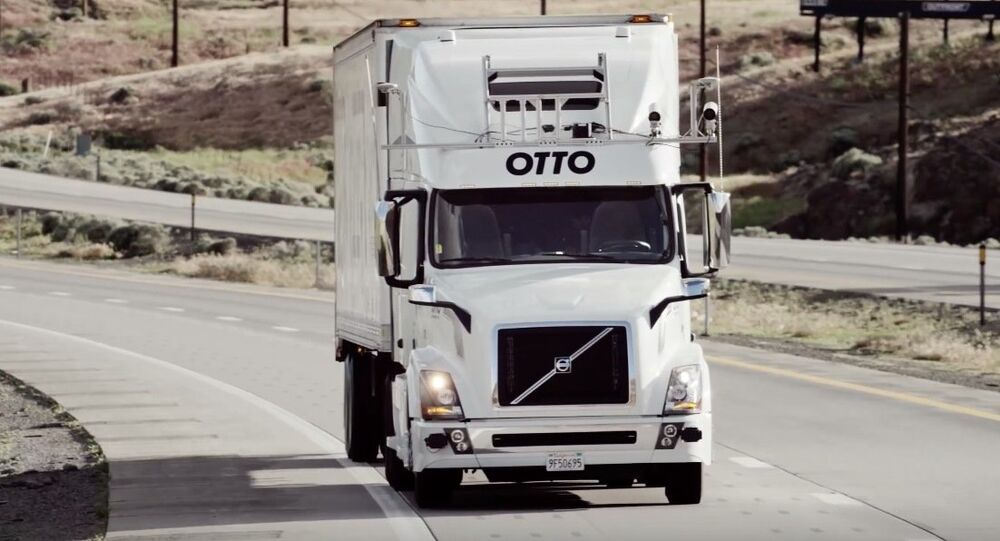 The days of the CB radio may be drifting into mere memory, but new technology could also make humble trucker obsolete too.

Around 70% of all cargo in the USA travels by truck — that's about 14 billion tons every year — and scientists now believe they've come up with a cheaper, safer and more sustainable alternative: self-driving trucks.

Bart and Homer Simpson once famously discovered that truckers had been using self-driving technology for years — and they'd do anything to protect their secret.

But it seems as though this idea is no longer the stuff of cartoon scripts; the team behind "Otto" are deadly serious about bringing self-driving technology into commercial trucking within the foreseeable future.

Whilst self-driving trucks are obviously an exciting, futuristic concept, the motivation behind the development is actually pretty serious.

Although US trucks make up around 1% of vehicles on the road, they account for nearly 30% of traffic pollution; the safety record is cause for concern too, as trucks are behind nearly 9.5% of all driving fatalities in the US.

The team behind the project claims to have pulled together some of the top minds in self-driving technology, from the likes of Google, Apple and Tesla.

© AP Photo / Tony Avelar
Google Will Pay You $20 Bucks an Hour to Test Self-Driving Cars
They're currently working on equipping existing trucks with software and sensors, but as to when we'll begin seeing driverless trucks on the roads, it's difficult to say. But it's no mean feat, given that there is a shortage of around 50,000 drivers in the US alone.

The future looks bright for driverless vehicles in general, and the implications for road safety are a big motivator. Google — who are currently working on their own self-driving car project — estimate that deaths from traffic accidents could be reduced dramatically by removing human control from driving.

So, what's next — flying cars? Well yes actually, they're in the pipeline too. A German company, called Lilium Aviation, are working on what is essentially a flying car — although technically it's a plane which can take off and land vertically — which is due to hit the skies by January 2018.

The future is well and truly here.