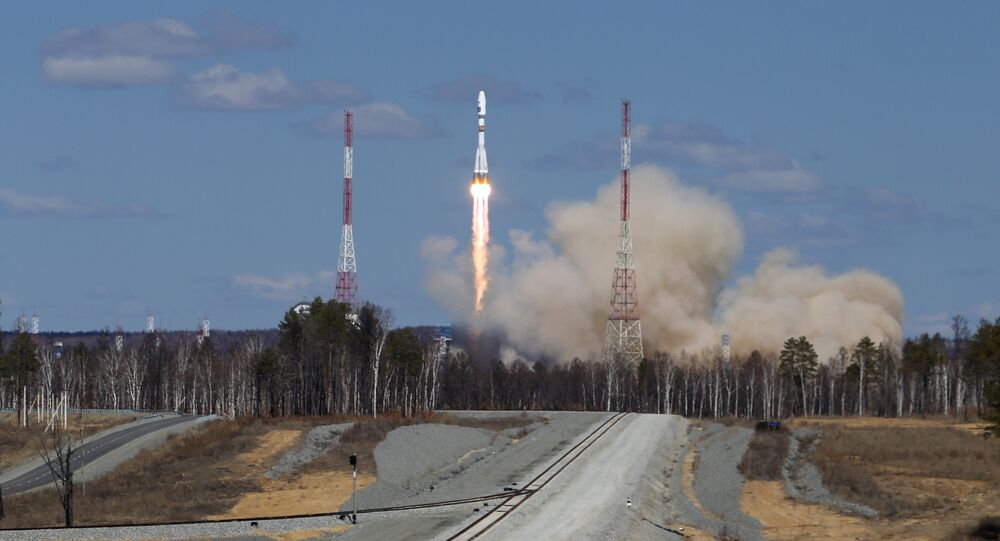 © Sputnik / Marina Lisceva TASS/ Pool
'Window to Asia': With Vostochny Cosmodrome Russia Goes East
SOCHI (Sputnik) — Vostochny had been under construction since 2012 and is expected to reduce Russia's dependency on the Baikonur space center in Kazakhstan, which is on lease to Russia until 2050.

On April 28, Russia successfully conducted the first launch from the Vostochny space center, putting three satellites aboard a Soyuz-2.1a carrier rocket into orbit. The launch was originally slated for April 27.

"Overall, we have spent…84 billion rubles on the Vostochny cosmodrome. I'm saying this now in order to avoid any speculations, to put a stop to them," Rogozin told reporters.

"This is to make clear that with such a small amount of money, we have created unique objects in the most modern spaceport in the world, in a place where there was nothing but taiga four years ago," he added.