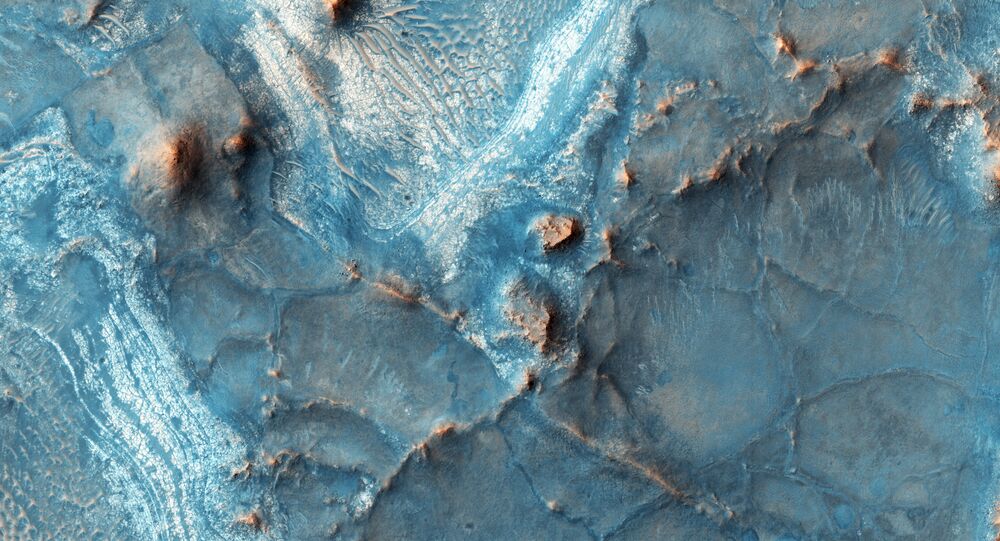 NASA has discovered that the Nili Fossae region, located in the northwest region of Mars, is one of the most colorful.

© Photo : Pixabay
Mars, Say Cheese! Surface of Red Planet Pulled Into Sharp Focus
The stunning picture shows that Nili Fossae is one of the most colourful regions. Dust and regolith are responsible for this vibrant and breathtaking picture, at Nili Fossae the bedrock is exposed, leaving those areas were sand dunes are present.

The composition of the rocks is also very diverse, the geology history of the Nili Fossae region is complicated and interesting, structures, including layered bedrock and other compositions have also formed.

"Nili Fossae Trough is a huge crack in the surface of Mars. The linear trough is about 25 kilometers (16 miles) wide. It formed when a huge meteor slammed into the surface and created the Isidis Basin to the east, one of the four largest impact basins on Mars. The impact caused the Martian surface to deform. The region has one of the largest, most diverse exposures of clay minerals," a spokesperson for NASA explained.

© NASA .
Not So Little Helper: Robot Built to Aid Astronauts Nearly Ready for Mars
"Clay minerals contain water in their mineral structure and may preserve organic materials. Scientists are excited about studying such deposits to understand past environments that could have supported life."

"The Mars Science Laboratory rover would land in the center of the trough, amid rocks that splattered outward when the crater formed. Volcanic rocks are also abundant, left behind by cooling lava that filled the trough. Over its mission, the rover would drive westward to a side canyon in the wall of the trough. There, spacecraft have detected a diversity of minerals in the ancient crust."