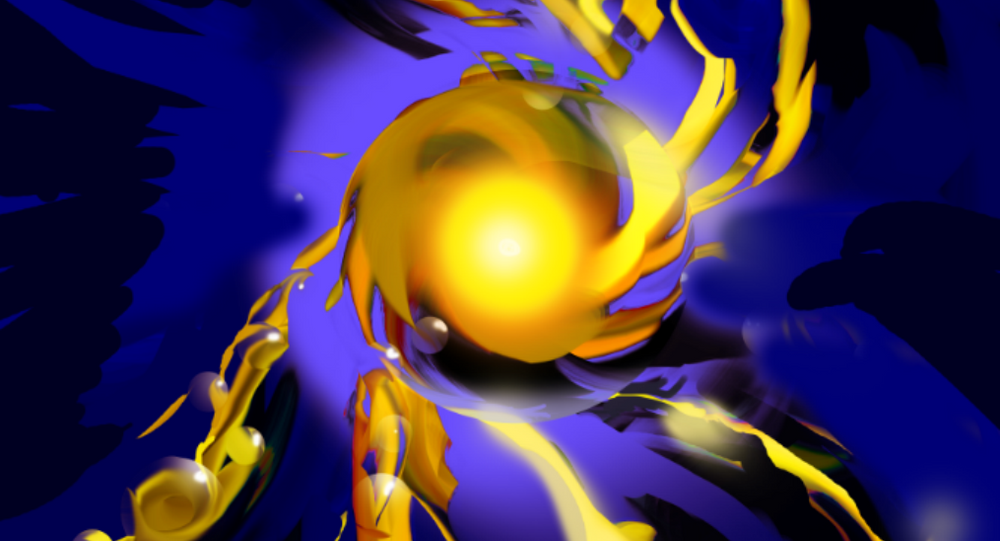 Scientists have developed world's tiniest microscopic engine, able to work extremely fast and exert large forces, which can be used to power nanobots, including medical robots that could travel through our body.

© Photo : Lieber Research Group, Harvard University
Scientists Create Nanotech Injections to Upgrade Brain With Electronic Mesh
A team of researchers from Cambridge University have developed the world's tiniest engine, which could form the basis of future nanomachines that can travel in water, sense the environment around them, or even enter living cells to fight disease.

“Scientists have dreamt of nanomachines that can navigate in water, sense their environment, communicate, and respond,” says the description of the device published in the Proceedings of the National Academy of Sciences (PNAS) magazine.

However various power sources and propulsion systems which have been proposed earlier lacked speed, strength, and control.

The current invention seems to be different.

The forces exerted by these tiny devices are several orders of magnitude larger than those for any other previously produced device, with a force per unit weight nearly a hundred times better than any motor or muscle, explains scientific website Phys.org.

According to the researchers, the devices are also bio-compatible, cost-effective to manufacture, fast to respond, and energy efficient.

© AFP 2021 / ALAIN JOCARD
Can Nanotube Technology Save Planet Earth?
The prototype device was named an “actuating nano-transducer” or Ant.

"Like real ants, they produce large forces for their weight. The challenge we now face is how to control that force for nano-machinery applications,"Professor Jeremy Baumberg from the Cavendish Laboratory, who led the research, told the website.

The prototype device is made of tiny charged nanoparticles of gold, each about 0.06 microns, or a thousandth of the width of a human hair bound together with temperature-responsive polymers in the form of a gel.

When the 'nano-engine' is heated to a certain temperature (above the critical temperature of 32C) with a laser, it stores large amounts of elastic energy in a fraction of a second, as the polymer coatings expel all the water from the gel and collapse.

This has the effect of forcing the gold nanoparticles to bind together into tight clusters.

But when the device is cooled (below 32C), the polymers absorb water and expand, and the gold nanoparticles are strongly and quickly pushed apart, like a spring.

© Flickr / ZEISS Microscopy
Project Led by Scientist of Russian University Wins EU Nanotechnology Forum
"It's like an explosion," described Dr Tao Ding from Cambridge's Cavendish Laboratory, and the paper's first author. "We have hundreds of gold balls flying apart in a millionth of a second when water molecules inflate the polymers around them."

"We know that light can heat up water to power steam engines," said study co-author Dr Ventsislav Valev, now based at the University of Bath. "But now we can use light to power a piston engine at the nanoscale."

The research suggests how to turn Van de Waals energy — the attraction between atoms and molecules — into elastic energy of polymers and release it very quickly.

"The whole process is like a nano-spring," said Baumberg. "The smart part here is we make use of Van de Waals attraction of heavy metal particles to set the springs (polymers) and water molecules to release them, which is very reversible and reproducible."

The Ant might drive a nanobot through a series of piston strokes, rather like a car engine but on a scale many billions of times smaller.

The team is working with Cambridge Enterprise, the university’s commercialization arm, to develop practical applications for the technology.