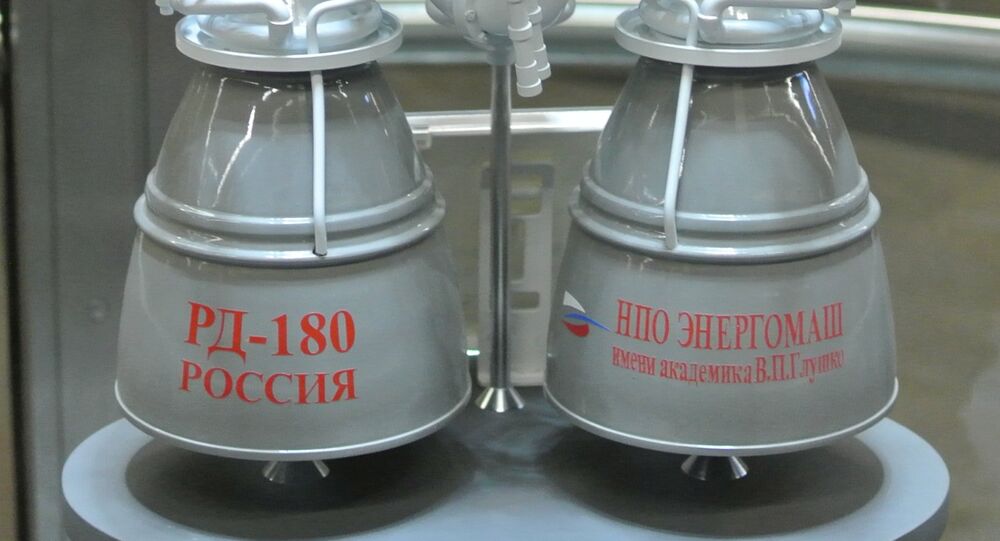 Russian Rocket Engine Maker Not Commenting on US Launcher’s Anomaly

The maker of Russia’s RD-180 rocket engines created a special commission to investigate the premature shutdown of its booster during last month’s launch and reserves comments until clarifying the circumstances surrounding it, the Energomash space and rocket engine company official said Friday.

MOSCOW (Sputnik) – The United Launch Alliance (ULA) determined earlier on Friday that an anomaly with the RD-180’s device regulating the fuel-to-oxidizer ratio entering the rocket’s thrust chamber, or the Mixture Ratio Control Valve (MRCV), was behind the March 22 early shutdown of the Cygnus spacecraft’s booster.

"The NPO Energomash created an internal committee to clarify the causes of the engine control system failure. NPO Energomash does not comment on the ULA statement before clarifying all the circumstances," the official told RIA Novosti.

© AFP 2021 / AUBREY GEMIGNANI
US Engineers Inspecting All Russian RD-180 Engines Amid Determined Anomaly
The Atlas V launcher’s first stage RD-180 engine cut off 6 seconds earlier than planned, triggering a longer burn by the Centaur upper stage to compensate for the loss of thrust and velocity.

The Atlas V was nonetheless able to carry the Cygnus cargo ship to the required orbit and deliver supplies to the International Space Station.

The United States has been relying on Russia-made RD-180 rocket engines to put its national security satellites into orbit, despite efforts to reduce dependence on Russian technology in the use of launch vehicles. On Thursday, the US Congress armed services committee voted to double the purchase of the RD-180s to 18 rocket engines.

Roscosmos: Russia Will Continue Supplying US With RD-180 Rocket Engines