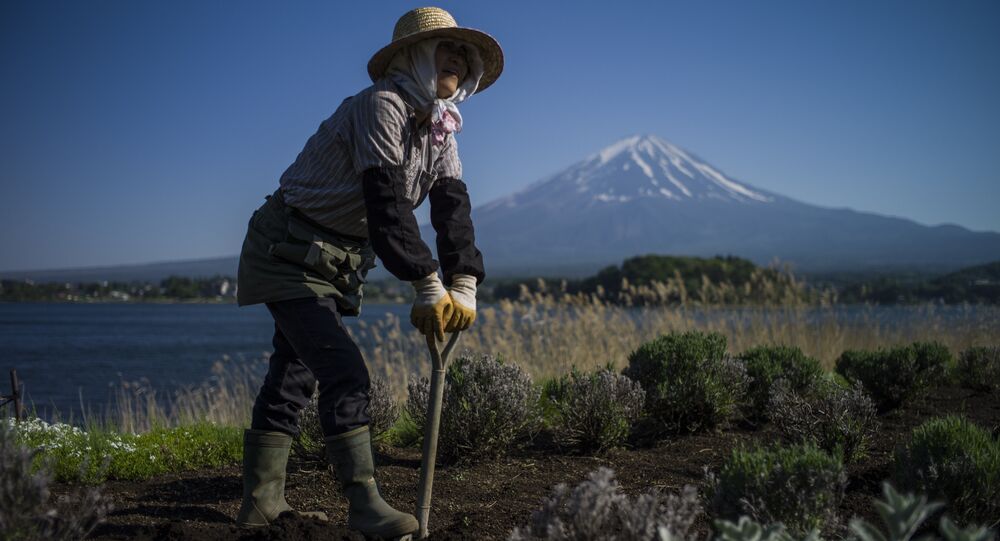 Mecha-Farmhands: Robots May Save Japan From Starving

Faced with an aging population of farmers threatening the country’s food security, Japan may have come up with an elegant and, predictably, high-tech solution to the problem.

© Sputnik / Sergey Mamontov
This 'Mechanical Mule' is the Future of Warfare: First Photos of Russia's Battle Robot Revealed
Aging farmers in developed countries retiring without leaving a successor as the global food demand keeps increasing became one of the key discussion points at the G7 agriculture ministers meeting that took place in Japanese prefecture of Niigata this weekend.

"Aging farmers are threatening the sustainability of agricultural communities in Japan as the population globally is expanding and raising the need to boost food production to meet demand," Japan’s Minister of Agriculture Hiroshi Moriyama said, according to Bloomberg.

But while other countries are considering their options, Japan may have found a solution for its own agricultural woes – robots!

"There are no other options for farmers but to rely on technologies developed by companies if they want to raise productivity while they are graying. The government should help them adopt new technologies," Makiko Tsugata, a senior analyst at Mizuho Securities Co in Tokyo, remarked.

The Japanese authorities apparently intend to introduce a wide range of technological solutions to assist the farmers, ranging from automated tractors equipped with GPS systems to harness-like mechanized devices to be worn by agricultural workers that help them harvest and transport fruits and vegetables.