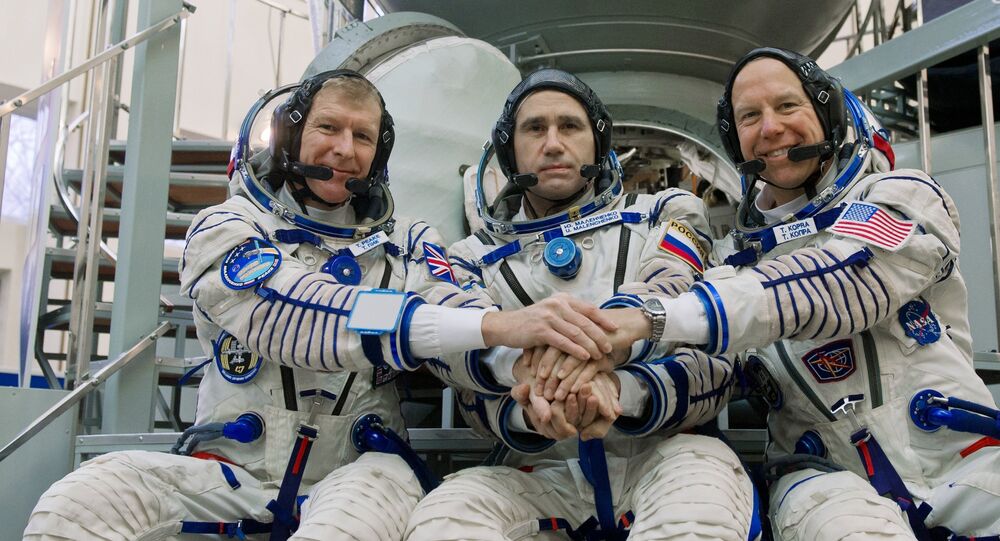 Space cooperation between the United States and Russia continues to be quite strong despite the current tensions, former NASA Astronaut Robert Curbeam told Sputnik on the sidelines of the 32nd Space Symposium in Colorado Springs.

COLORADO SPRINGS (Sputnik), Liudmila Chernova – US-Russia relations deteriorated sharply in 2014, following the beginning of an internal conflict in eastern Ukraine and Crimea's reunification with Russia. Washington accused Russia of meddling in the Ukrainian conflict and introduced sanctions against Russia in response to what it considers Moscow's aggressive foreign policy.

Moscow has consistently denied the allegations.

"All I can say is that we are still cooperating. We still fly up on Russian Soyuz, and come back on Russian Soyuz vehicles. NASA and Russian Space Agency [Roscosmos] are still working together well. I think that relationship is still fairly healthy," Curbeam, who is presently Vice President and Deputy of Space Systems at Raytheon, said.

According to Curbeam, cooperation between the US National Aeronautics and Space Administration (NASA) and Russia has helped to ease tensions between Washington and Moscow.

"I worked with the Russians when I was with NASA and we did a lot of cooperative space flights with them. I though the cooperation was a good sign, because it ended a lot of tension that the Cold War presented, and showed that we can work together."