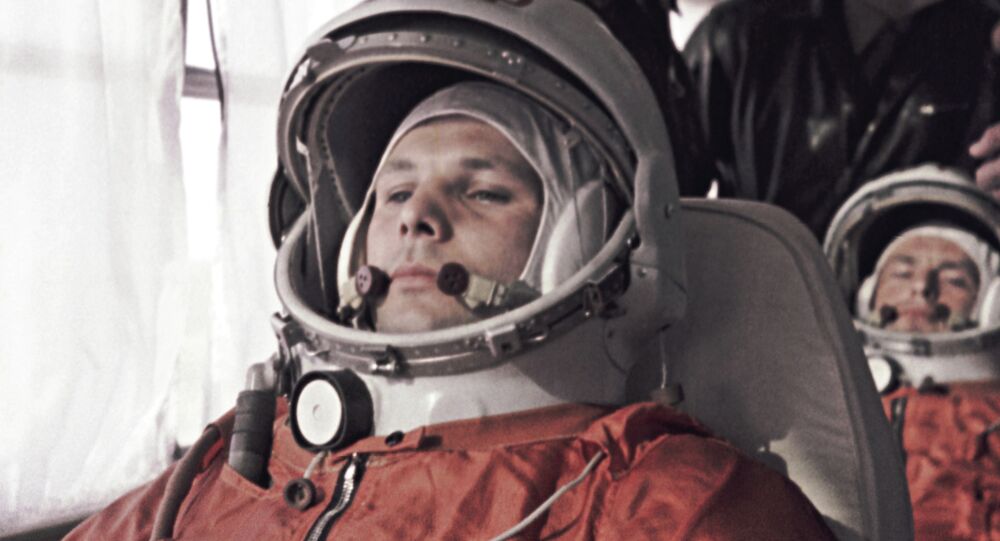 MOSCOW (Sputnik) — Russia is celebrating Cosmonautics Day on Tuesday to commemorate the first manned space flight on April 12, 1961, when a booster rocket took into orbit the Vostok spacecraft with the first cosmonaut on board – Soviet citizen Yuri Gagarin.

"It is hard to overestimate the importance of [the first] man's exit into outer space – the flight of the Vostok [spacecraft] marked a new era in the history of civilization, confirmed outstanding contribution of our country to world progress. Gagarin's deed represents heroism and selflessness of the Russian people, their capabilities to be at their best in [solving] the most sophisticated and truly epochal problems," the Russian foreign minister told the RT broadcaster.

© Photo : Youtube/Elena Busarova
'Let's Go!': Face of Yuri Gagarin, First Man in Space, Emerges on Lake
On April 7, 2011, upon Russia's initiative, the UN General Assembly proclaimed April 12 the International Day of Human Space Flight on the occasion of the 50th anniversary of the first space flight by Gagarin. The resolution was co-authored by over 60 UN member states.