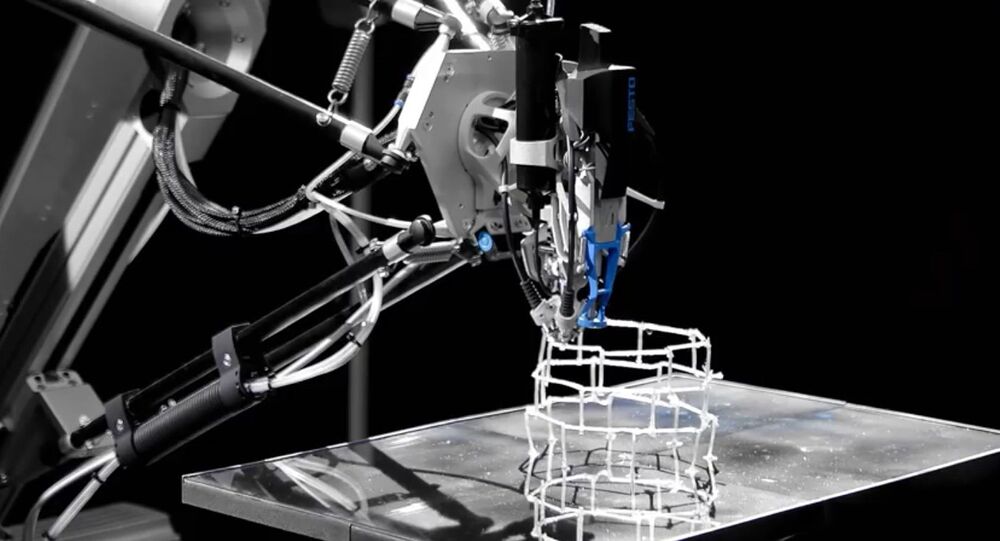 © Photo : Wikipedia/Bart Dring
Got 2 Hours and 47 Minutes Free? Print Yourself a Person
A German manufacturer of automation technology has produced a technology called "3D Cocooner," which takes inspiration from the way that spiders make webs to catch their prey, and how caterpillars make protective cocoons.

The robot prints from the air, a departure from the usual 3D printing process of additive manufacturing, which creates an object by laying down successive layers of material, a thinly sliced horizontal cross-section of the eventual object.

A tripod robot with a spinneret receives positional data and control signals from an animation software program which generates the desired 3D structure.

The shape is spun using soft thread that is covered with a special resin in the spinneret.

"As soon as it comes out of the spinneret, a UV light cures the resin-soaked fiber with pinpoint accuracy and hardens it into a sturdy little rod," explain the manufacturers, who are set to display the invention at the Hannover Fair technology trade show later this month.
...
Reddit
Google+
Blogger
Pinterest
StumbleUpon
Telegram
WhatsApp
104