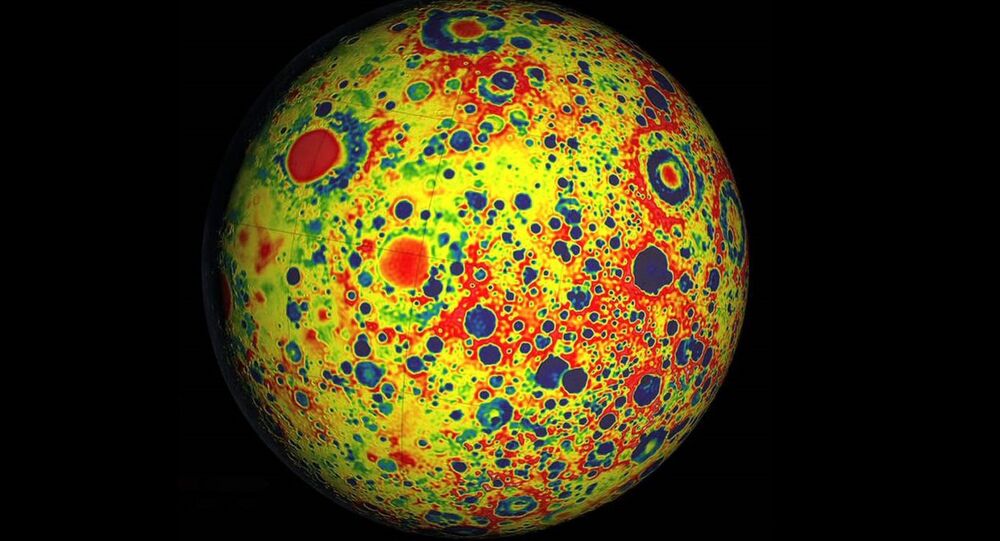 Scientists have found evidence that the Moon's underground could have long tunnels of volcanic origin, which could potentially be repurposed to house human colonies.

These channels (also called "lava tubes") are what is left of the several volcanoes that were once active on the satellite, and scientists have been long seeking them out.

© NASA
Moon Mission: A Blueprint for the Red Planet
But so far, the only clues that they were there at all came from external features on the Moon's surface, such as depressions and valleys, suggesting the underlying presence of magma flows, or large craters.

The announcement that at least one lava tube could exist in a lunar region called Marius Hills was finally made on Thursday at the 47th Lunar and Planetary Science Conference (LPSC) in Texas. Astronomers used data from NASA's Gravity Recovery and Interior Laboratory (GRAIL) — a space probe that is mapping the satellite's gravitational field variation with extreme detail.

By analyzing lunar gravity, the team realized that lava once ran between two rilles in the Marius region, next to a crater.

This was possible because the gravitational pull of a material is stronger the higher the material's density. When the GRAIL space probe flew over the alleged lava tube — which if hollow, would be less dense — it detected a decrease in gravitational attraction compatible with the presence of an underground cavity.

According to the team, GRAIL also detected at least ten other possible "gravitational signatures" that could point to the presence of lava tubes in various regions across the Moon.

© Photo : European Space Agency, ESA
Out of This World: European Space Agency Sets Sights on Lunar Tourism
Obviously, this is not enough to be really sure that lava tubes are there. Some skeptical scientists suggested that GRAIL's observation could just have been caused by a technical malfunction. But over the past few years, more and more evidence proving the existence of the tunnels is piling up.

This is great news for enthusiasts of space colonization. If the human race is ever to move en masse to the Moon, it will not be able to just settle on the surface, due to the lack of atmosphere, breathable air, and the presence of harmful sun radiation.

Creating underground cities in one of these large tunnels — which according to some experts could be up to one kilometer wide — would be a perfect temporary solution to protect earthlings from extreme temperatures and bad sunlight. They could even be pressurized, like giant space stations, to provide citizens with oxygen. Cosmists should all root for lava tubes.