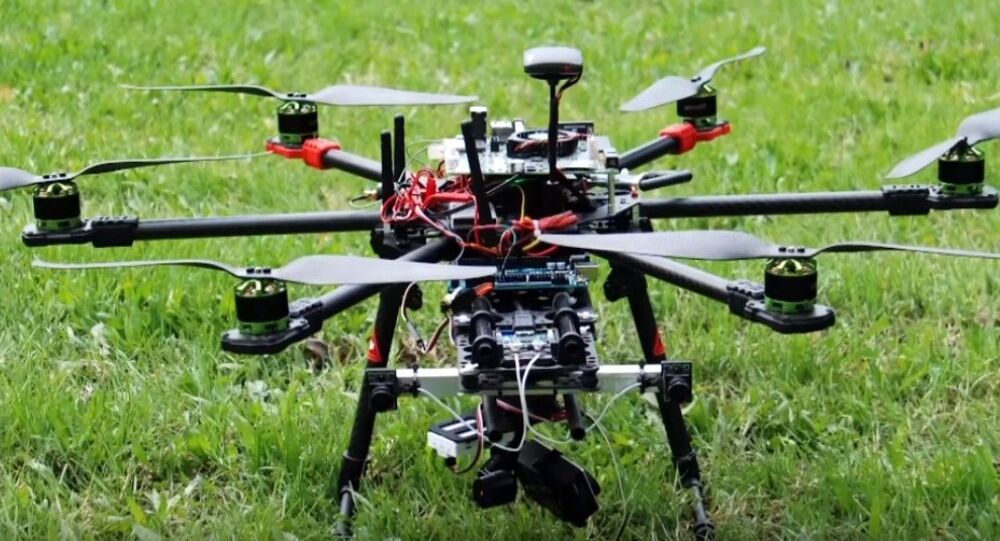 A fully autonomous drone has successfully completed the first urban delivery in the United States.

​According to Popular Science, the drone brought bottled water, emergency food and a first aid kit to an uninhabited house in Hawthorne, a small town in western Nevada, on Friday. The magazine explained that it was a demonstration delivery.

Flirtey CEO Matthew Sweeney told Popular Science that in the future, the company plans to "do it [drone delivery] over an urban populated area, the kind of environment that people live in on a daily basis."

Flirtey is the world’s first autonomous aerial delivery company, according to its website. It has already conducted a successful rural drone delivery test.

© Photo : Dronomy
Number of Commercial Drones in US to Grow 4 Times by 2020 - FAA
The US Federal Aviation Administration (FAA) said in a Thursday report that the number of commercial Unmanned Aircraft Systems (UAS), or drones, will increase four times over the next four years, reaching 2.7 million.

Drones pose a serious risk to private and commercial air traffic. A comprehensive study released last year by the Center for the Study of the Drone found 241 incidents of near collisions with manned aircraft, including more than 90 commercial airliners, from December 2013 to September 2015.