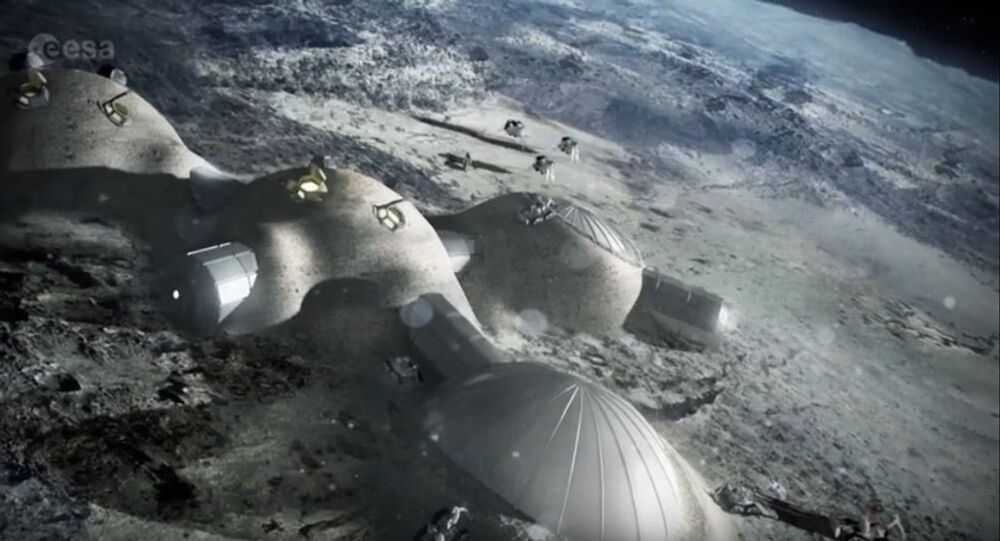 The European Space Agency (ESA) has revealed plans to construct a ‘lunar village,’ allowing tourism on the Moon.

© Flickr / davejdoe
Out of This World: Permanent Lunar Colony Possible in 10 Years
The project, presented by Johann-Dietrich Wörner, ESA director general, will attract holidaymakers, as well as scientists, businesspeople and even miners working on lunar mineral extraction projects.

According to the proposal, the base would likely be built on the moon's polar regions, areas thought to offer access to water and that have longer periods of sunlight.

The journey would include significant risks, such as exposure to "solar radiation, micro-meteorites and extreme temperatures," ESA stated. Tourists would be able to live in regular clothing inside the station, but necessarily wear space suits when traversing the lunar surface.

Wörner noted that early visitors of the base would likely be Russian citizens.

The ESA suggested, however, that not only Russia, but other nations including China, India and Japan, will help to fund and build the village.