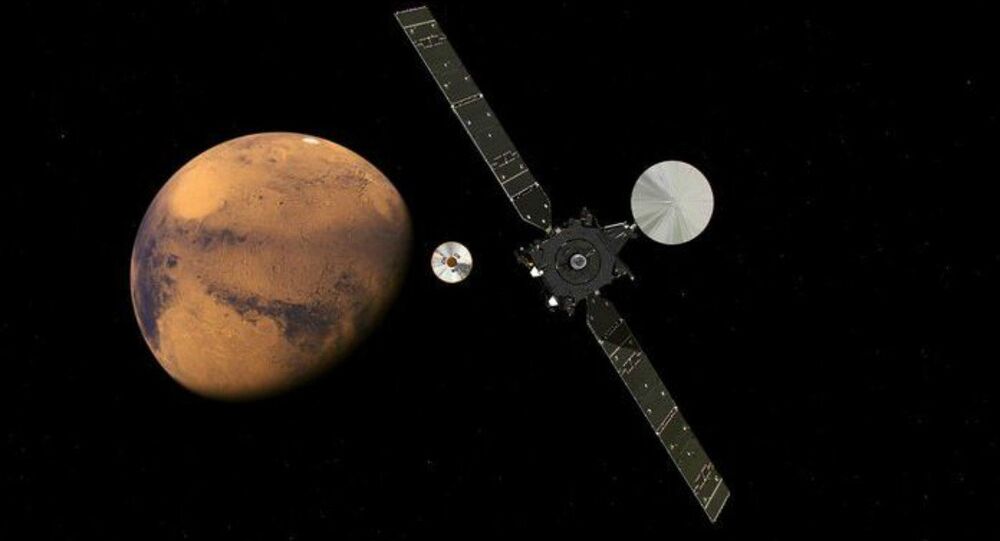 The Exomars spacecraft has sent its first signal back to Earth after it was launched from the Baikonur Cosmodrome in Kazakhstan on Monday.

The Exomars spacecraft has sent its first signal back to Earth since its launch on Russia's Proton-M rocket carrier Monday. The intrepid craft is on a seven month journey to Mars to investigate the peculiarities of the red planet.

The Exomars mission is the first of two joint ESA–Roscosmos missions to Mars, where the spacecraft will seek to shed light on unsolved mysteries of the planet's atmosphere.

​The first mission of the program aims to search for evidence of methane and other trace atmospheric gases that could be signatures of active biological or geological processes, and to test key technologies in preparation for subsequent missions to Mars.

© AP Photo / Shamil Zhumatov
Lift Off: Watch Joint Russian-European Mission to Mars Blast Off Into Space (VIDEO)
In the second mission during 2018, ExoMars will deliver a European rover and a Russian stationary surface science platform.

The rover will drive across the surface in search for signs of life, drilling two meters below the surface to collect samples and analyze them.

The platform will image the landing site, monitor the climate, investigate the atmosphere and analyze the radiation environment. It will also study the distribution of any subsurface water at the landing site, and perform geophysical investigations of the internal structure of Mars

Euro-Russian Mission to Mars 'a Response to Foolish Political Sanctions'