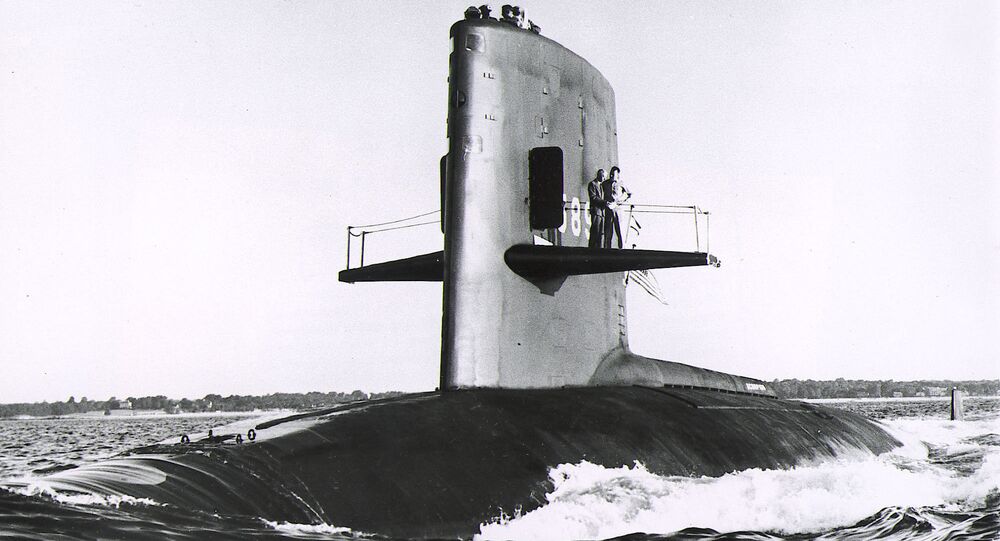 After the mysterious sinking of a North Korean submarine, we look at five most mysterious submarine accidents in recent history, and how they may have been connected, often with... North Korea.

© REUTERS / KCNA
North Korea Loses Submarine Off Eastern Coast
While many high-profile submarine accidents, such as the Kursk in 2001, eventually get solved, some submarine accidents are so mysterious that they do not have official explanations until decades later, if ever.

While the only complete disappearance, the French Minerve S647 is not included in this list, simply because it disappeared completely, never to be found again, this list looks at the strangest accidents in recent history.

One of four mysterious submarine accidents in March 1968, the Soviet Union's K-129 sank in the Pacific Ocean, with no clear cause. A US Navy submarine, the USS Swordfish, which later underwent repairs for damage to its periscope and sail in Japan was first theorized as the culprit. The suspicions were linked to North Korea's seizing of a US spy ship, the USS Pueblo, which led to an increase in US submarine activity in the area.

The US Ambassador to Moscow said in 1993 that the USS Swordfish was not near the K-129 at the time of its sinking, and a visit from CIA director Robert Gates a year earlier showed parts of the submarine later retrieved by the Central Intelligence Agency. Another theory was that a leaking hatch caused a torpedo to explode in its bay, although official explanations have been linked to the US loss of the USS Scorpion.

The US Navy's USS Scorpion sank in May 1968, off the coast of the Azores in the Atlantic Ocean. Initial reports suggested that an explosion was to blame for the sinking, although another study found the result debatable. A 1993 release of documents on the topic presented  theory of a torpedo explosion as a result of overheating was presented as a likely cause.

Just as with the Soviet submarine, the Cold War's opposing side was blamed for the accident in unofficial publications, although both sides have thus far not released any official explanations.

The commandos are said to have executed the submarine crew for their mistake, and were killed by the South Korean military, with one captured, while trying to exfiltrate to the North. After the incident, South Korea's consul in Vladivostok was killed in a mysterious poisoning, which was said to have been done by the same poison as the kind found inside the submarine.

The Chinese Navy's submarine 361 sank in the Bohai Sea, between China and North Korea. The submarine itself was found by Chinese fishermen, who found its remains ten days after the accident, apparently because it was taking part in a silent drill.

No official explanation was given by China, other than "mechanical difficulties." An apparent leaked report in a Hong Kong newspaper suggested that the cause was a failure to shut down a diesel engine after the submarine submerged, suffocating the crew.

The INS Dakar was the first submarine to disappear in 1968, and lost contact while traveling to Israel after being purchased by Britain. Its remnants were first spotted by fisherman in Gaza, although it was not until 1999 that its remnants were finally found.

Egyptian military figures as early as 1970 claimed that the submarine was sunk by an Egyptian ship, although the Israeli military denied the claims. However, Israel never released an official explanation for the sinking, although it is clear that much of the damage occurred after the submarine reached its crush depth.