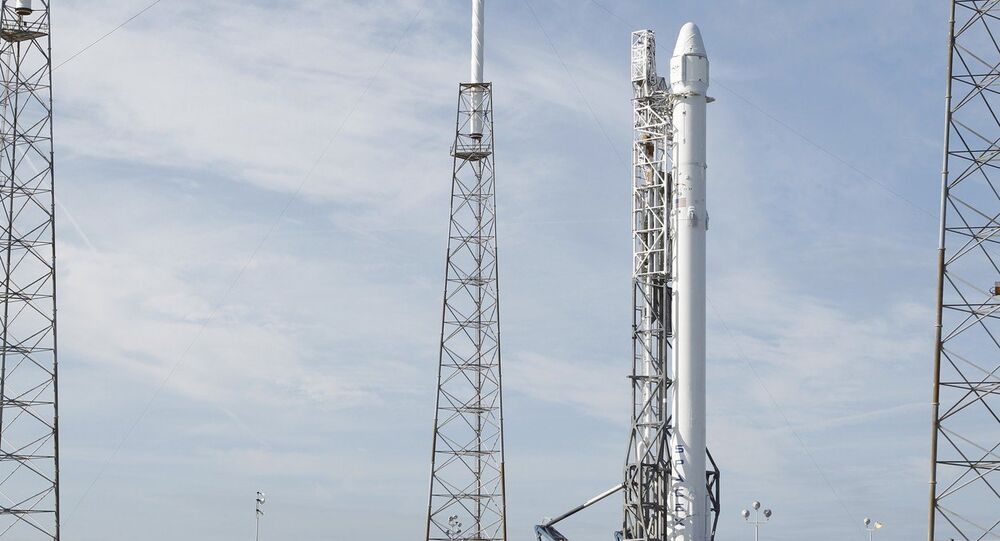 Launch of Dragon Spacecraft to ISS Postponed Until April

The launch of the Dragon free-flying spacecraft to the International Space Station has been postponed until April, Administrator of US National Aeronautics and Space Administration Charles Bolden said on Thursday.

WASHINGTON (Sputnik) — The announcement was made during the NASA Fiscal Year 2017 Budget meeting, as Bolden testified at a hearing on the budget proposal.

© AP Photo / John Raoux
Launch of US Dragon Cargo Vessel to ISS Slated for Sunday - NASA
Dragon is a spacecraft developed by SpaceX, a US private space transportation company. Dragon is launched into space by the SpaceX Falcon 9 two-stage-to-orbit launch vehicle.

Initially, the launch of the Dragon was scheduled for August 2015, but shortly before that a Falcon 9 rocket crashed during an attempt to send Dragon into orbit. Following the incident, Flacon 9 launches were resumed, but the Dragon mission has been repeatedly postponed.