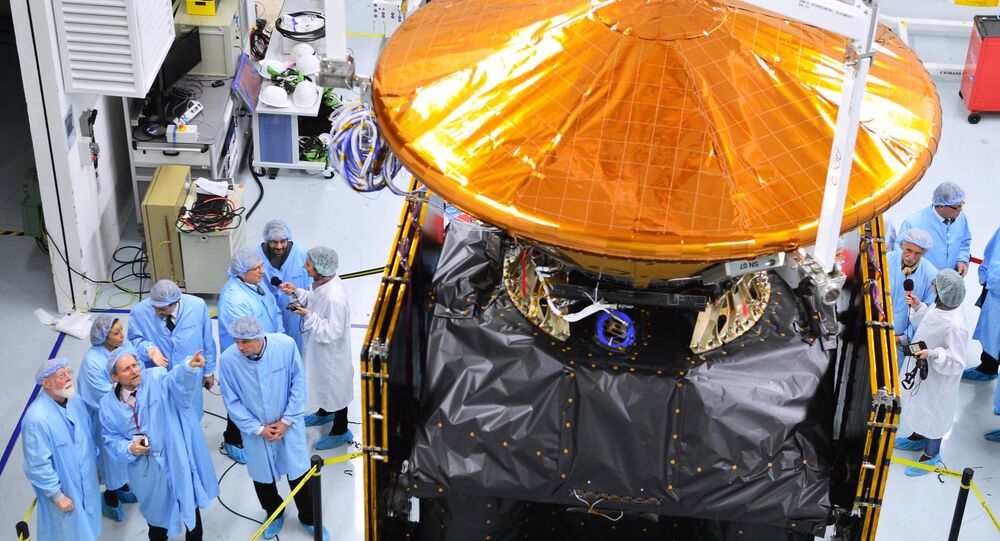 Space Buddies: Mission to Mars Brings Russia and Europe Together

Despite the current tensions between Europe and Russia, its business as usual for Roscosmos and ESA on their joint Martian endeavor.

© Sputnik / Alexander Mokletsov
Russian Company Set to Usher in Era of Suborbital Tourism
Despite the current troubled political situation, Russia’s Roscosmos and the European Space Agency (ESA) work side by side attempting to find signs of life on Mars.

A Russian Proton-M rocket carrying Trace Gas Orbiter (TGO) orbital module and Schiaparelli lander module is scheduled to launch from the Baikonur cosmodrome on March 14 as part of the ExoMars project, according to Kronen Zeitung.

When the rocket reaches Mars after a seven-month voyage, TGO will be deployed in orbit and take on the role of a scientific satellite, scanning the planet’s atmosphere for traces of methane that were previously detected by a Mars Express satellite in 2004.

Meanwhile, the Schiaparelli module, which was named after the Italian astronomer Giovanni Schiaparelli, will land on the planet’s surface and start collecting data needed for the second stage of the ExoMars program.

"During the time of crises on Earth, it is space that helps us build bridges," ESA head Johan-Dietrich Wörner remarked.

The ExoMars-1 launch was originally scheduled for January 7, 2016 but was postponed with Roscosmos and ESA citing the need for additional inspections of the mission equipment.

Overall, the two space agencies have agreed to launch two ExoMars missions, with the second launch scheduled for 2018.