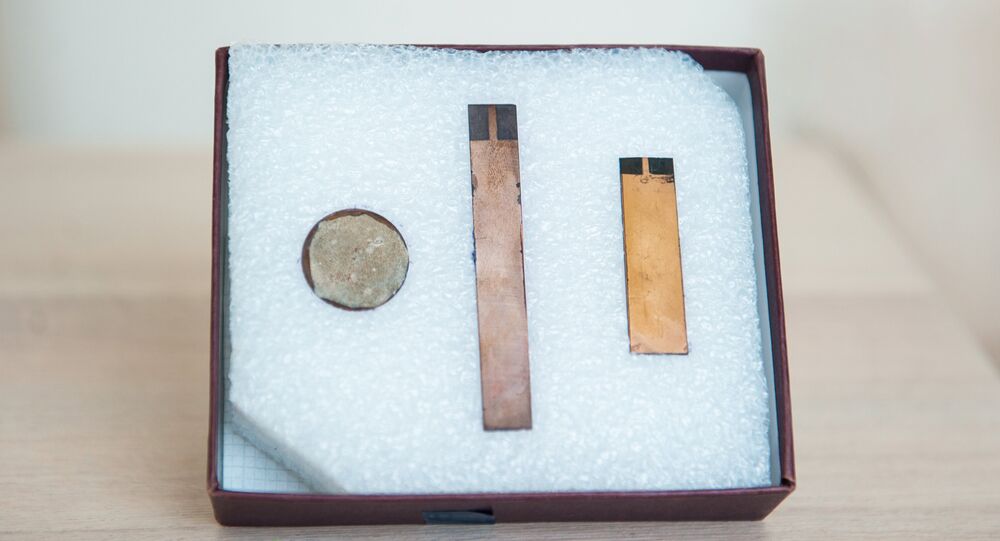 Experts of the National University of Science and Technology MISiS in Moscow have developed a new technology for making "nuclear batteries" with nickel-63 isotopes for use in various sectors, including healthcare and space research, reports the university’s press service.

MOSCOW (Sputnik) — The nickel-63 isotope’s properties make it a very convenient basic element for tiny, safe and low-power batteries, also known as beta-voltaic cells, with a long service life of over 50 years.

© Flickr / pierpeter
Russian Scientists Create 'Sea Vitamins' Chocolate Which Slows Down Aging
They can be used in pacemakers and also as self-contained power supply sources like in space satellites.

As nickel-63 does not exist in nature, it is obtained by irradiating nickel-62 isotopes with neutrons inside nuclear reactors. The resulting substance is later subjected to radio-chemical processing and is divided using gas centrifuges.

A group of NUST MISiS scientists headed by Professor Yury Parkhomenko, head of its faculty of semiconductor and dielectric materials studies, have developed a technology for making systems that convert the nickel-63 isotope’s beta-radiation energy into electric power on the basis of piezo-electric mono-crystals for use by self-contained AC beta-voltaic cells.

"The use of impulse power sources that accumulate and release electric charges makes it possible to overcome restrictions caused by the low power of beta-voltaic nuclear batteries," noted Parkhomenko, whose statement is quoted in the report.

© Photo : misis.ru
Prototype This! Russian Scientists Get Shiny New Toys at New Design Lab
Russia is already implementing a project to develop nickel-63 power sources. The project involves several companies under the supervision of the Zheleznogorsk Mining and Chemical Integrated Works which is affiliated with the Rosatom State Atomic Energy Corporation in Russia’s Krasnoyarsk Territory.

Earlier, it was reported that there are plans to obtain nickel-63 isotopes for this project inside an IRT-T research reactor at the Tomsk Polytechnic University. The Zheleznogorsk Electro-Chemical Plant in the Krasnoyarsk Territory, which is also affiliated with Rosatom, will manufacture industrial nickel-enrichment equipment.

Plans to assemble the first prototype "nuclear battery" under this project will begin in 2017.

It's a Tetraquark: Scientists Welcome New Particle Into the World