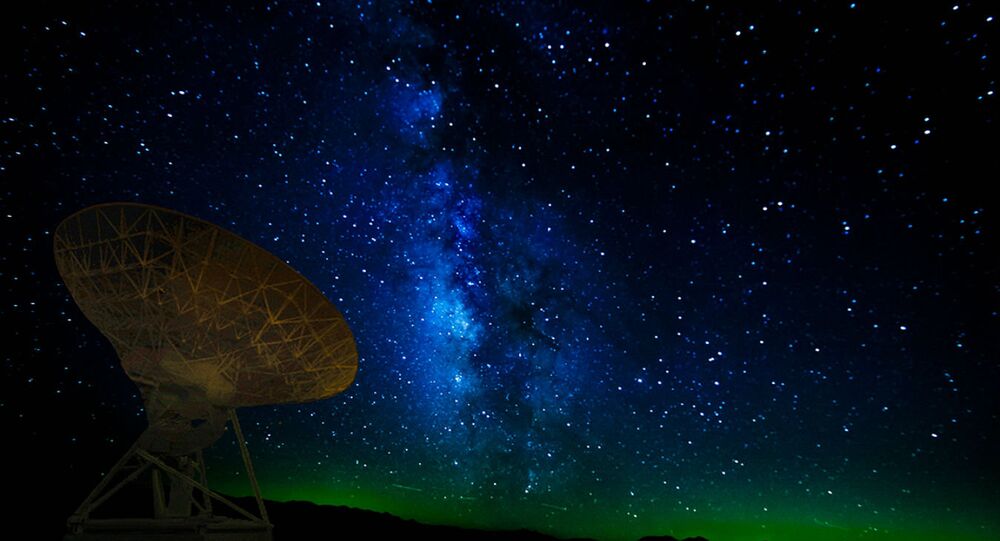 For the first time in history, a team of astronomers identified the place of origin of Fast Radio Bursts (FRB), which at one time were thought to be “signals” from extraterrestrial life, a scientific paper published in the Nature journal said.

The discovered FRB is the explosion of radio waves that come from an outer galaxy some six-billion light-years away and last a few milliseconds in the sky.

© Wikipedia
Russian Astronomer Discovers New Source of Cosmic Radiation
FRBs are somewhat similar to the Sun, as they blast energy into space in the form of radio waves. The difference between FRBs and the Sun is the amount of energy they release — in a few milliseconds that they last, FRBs release the same amount of radio waves that the Sun does in several days.

Previously, when astronomers knew less about FRBs, some of them argued that these radio waves were signals sent by alien civilizations from far-away galaxies. But as more discoveries have been made, astronomers are now sure that FRBs are stellar events, rather than alien signals.

The FRB was identified thanks to the 64-meter Parkes Radio Telescope located in Australia. The discovery itself was made at the Italian National Institute for Astrophysics (INAF) by a group of international scientists.

"In a matter of hours, it has been issued an international alert and various telescopes around the world were involved in the search for the ‘result' of that signal," said Evan Keane, one of the authors of the paper describing the discovery, as cited by the Astronomy Now science magazine.

Although the astronomical discovery is only a fraction of what we know about the universe, the new FRB that comes from very far away opens a new era in observational cosmology, in which FRBs could play an important role, said Andrea Possenti, one of the scientists involved in the project.

Well, if the half of "ordinary" matter is still "missing" then we can't be 100 percent sure that aliens don't exist somewhere in a far-away galaxy, right?