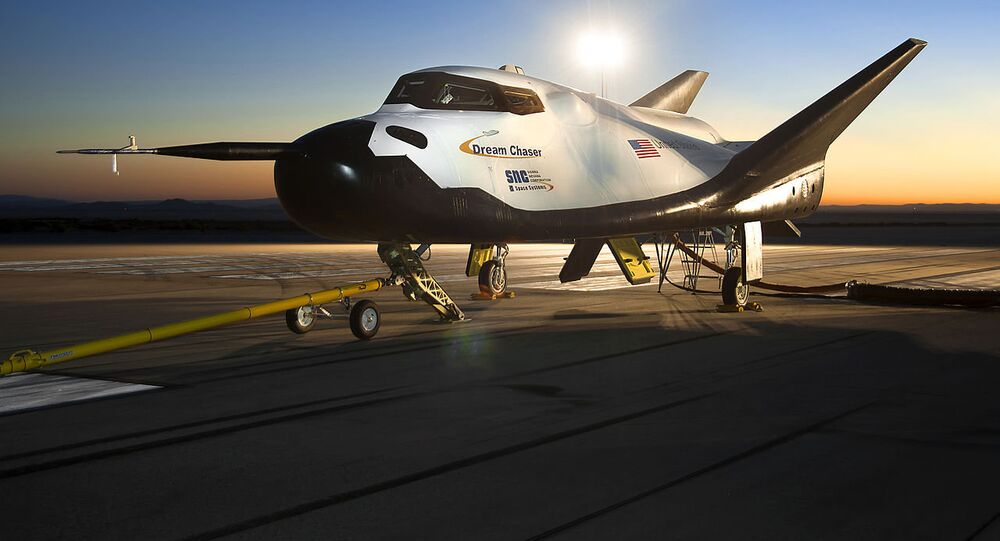 The newest American mini-shuttle Dream Chaser, which is planned to be used as a means of delivery of cargo to the International Space Station, turns out, was derived from a lost Soviet space plane, The Washington Post wrote.

In the summer of 1982 the Soviet BOR-4 (Unpiloted Orbital Rocketplane 4 splashed down into the Indian Ocean south of Cocoas Islands) after a few orbital flights.

© Flickr / NASA Johnson
NASA Space Program Now Requires Russian Language
An Australian reconnaissance and patrol aircraft P-3C Orion managed to snap some photographs of how the Soviet seamen pulled out the rocket plane from the ocean onto the Petropavlovsk ship.

The photographs were then passed on to the CIA and from there to NASA. “Those Cold War spy images could have been an aeronautical footnote lost to history. But NASA last month announced that one of the vehicles chosen to fly cargo to the International Space Station would be the Dream Chaser, a snub-nosed craft derived from that lost Soviet space plane,” the publication wrote.

NASA first engineered a model of its own after studying the images of the Soviet’s spacecraft. “The Americans were stunned at how well it performed. Eyes were opened,” The Washington Post noted citing NASA documents.

The Air Force started work on the development of similar technology and NASA decided to pursue a new program, naming it the HL-20.

© AP Photo / Scott Kelly/NASA
Private US Rocket Company Claims Record Cargo Delivery to ISS
It was meant to be used as an escape vehicle for the astronauts aboard the space station but the agency eventually had to cancel the program, citing a lack of money among other reasons.

However, in 2004 it was decided to revive the project. NASA allocated a total of 363 million dollars for its development. SpaceDev Company passed on the documentation on HL-20 program. It is noteworthy that the HL-20 and the Dream Chaser externally resemble the Soviet BOR family space planes.

In 2005, the owner of the Dream Chaser Company, Mark Sirangelo, made a trip to Russia and met with some of the engineers who worked on the BOR-4. He told them that their idea lived on in the US. The Russians were amazed as they had no idea that their invention had been revived.

“Sirangelo promised that when the Dream Chaser flew, it would carry a list of the names of the Russian engineers along with people at NASA who worked on the HL-20 program,” the newspaper wrote.

Looking at the history of the Soviet rocket plane it was in the early 1960s that the Soviet Union began work on the creation of an unmanned orbital rocket plane, BOR.

The first unit of this complex was launched into space on July 15, 1969. The most famous among them was the BOR-4, also known as Cosmos-1374; it was this craft which was photographed by the Australian spy planes and published in the Western press.

It is a known fact that BOR-5 which is a 1:8 sized test flight vehicle was used to study the main aerodynamic, thermal, acoustic and stability characteristics of the Buran space shuttle orbiter.

Cosmic Flower: First Blossom in Space On Board ISS

Russia to Launch 4 Manned, 3 Cargo Spacecraft to ISS in 2016