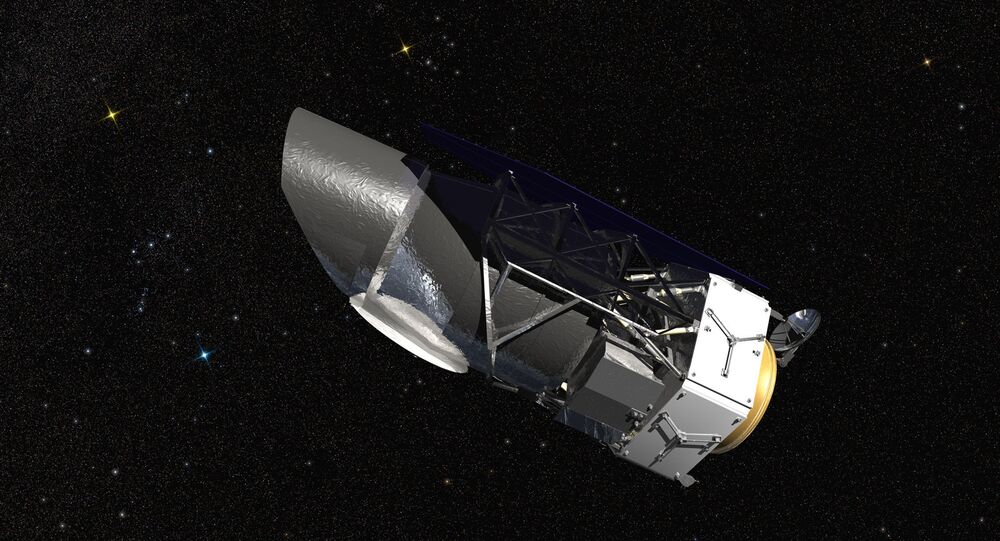 What once was used to spy on rival nations will now be turned toward the cosmos.

After nearly 30 years of flawless service, the Hubble Space Telescope is expected to go into retirement in 2020. After capturing thousands of stunning images and contributing to humanity’s fundamental understanding of the universe, Hubble will have degraded beyond functionality, and will be left to drift in orbit before being pulled by Earth’s gravity to a fiery end during reentry.

To make up for the loss, NASA will need new tools. The James Webb Space Telescope (JWST) is set to launch in 2018, but scientists have another trick up their sleeve. With the permission of the National Reconnaissance Office, NASA will use hardware repurposed from spy satellites to launch the Wide Field Infrared Survey Telescope (WFIRST).

"WFIRST has the potential to open our eyes to the wonders of the universe, much the same way Hubble has," John Grunsfield, Hubble repair astronaut and associate administrator of NASA’s Science Mission Directorate, said in a statement.

"This mission uniquely combines the ability to discover and characterize planets beyond our own solar system with the sensitivity and optics to look wide and deep into the universe in a quest to unravel the mysteries of dark energy and dark matter."

To accomplish these goals, the telescope will be equipped with several instruments. A wide-field camera, similar to the one installed on Hubble, will be used to measure how fast the universe is expanding.

Those measurements will rely partially on observing distances between supernovas.

"WFIRST is designed to address science areas identified as top priorities by the astronomical community," said Paul Hertz, director of NASA’s Astrophysics Division, in a statement.

"The Wide-Field instrument will give the telescope the ability to capture a single image with the depth and quality of Hubble, but covering 100 times the area. The coronagraph will provide revolutionary science, capturing the faint, but direct images of distant gaseous worlds and super-Earths."

The telescope will also feature a coronagraph, a device that blocks light from stars, in order to hunt planets circling close to their host, and use atmosphere scanning equipment to better characterize exoplanets.

NASA hopes to launch WFIRST in the mid-2020s.

"In addition to its exciting capabilities for dark energy and exoplanets, WFIRST will provide a treasure trove of exquisite data for all astronomers," said Neil Gehrels, project scientist with NASA’s Goddard Space Flight Center, in a statement.

"This mission will survey the universe to find the most interesting objects out there," he claims.

Here Are the 5 Most Amazing Galaxies Out There