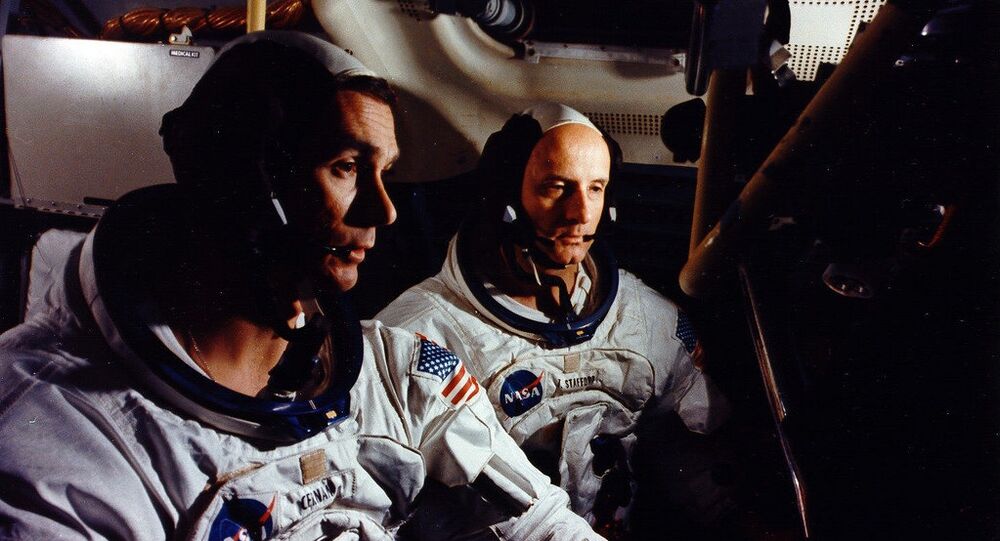 What Have Apollo Astronauts Been Hiding for Decades?

An Apollo mission secretly hidden in a classified tape for almost 40 years has been finally revealed, according to NASA recent report.

European Southern Observatory/M. Kornmesser
Here Are the 5 Most Amazing Galaxies Out There
Three astronauts who served on the Apollo 10 mission dating back to 1969 — before Apollo 11's first manned moon landing — were terrified to hear radio transmissions similar to music during the radio-free mission while traversing the far side of the moon.

They were cut off from the Earth for about 60 minutes but still could hear radio sounds through their headsets after they entered lunar orbit. Astronauts were puzzled whether to report about the incident to NASA.

The astronauts on board Apollo 10 can be heard talking about the "whistling sound."

"You hear that? That whistling sound? Whooooooooo!" one of them says. Another astronaut said: "It sounds like, you know, outer space-type music."

"Well, that sure is weird music," one astronaut says.  "Boy it got quiet, didn't it?" one can be heard..

Apollo astronauts debated the necessity to tell Mission Control about the strange music minutes before they regained radio contact with Earth.

"It's unbelievable", "Shall we tell them about it?", "I don't know. We ought to think about it," they questioned.

"The Apollo 10 crew was very used to the kind of noise that they should be hearing. Logic tells me that if there was something recorded on there, then there was something there," Apollo 15 astronaut Al Worden says on the Science Channel program. "NASA would withhold information from the public if they thought it was in the public's best interest."

The recordings remained classified in NASA's archives until 2008, prompting an ongoing discussion regarding the nature and origin of the "outer space-type music."

"If you're behind the moon and hear some weird noise on your radio, and you know you're blocked from the Earth, then what could you possibly think?" The Huffington Post quoted Worden as saying.

Some astronauts assume the music could belong to aliens. "These noises some of them are really weird, they even sound un sub conditional like strange alien speech."