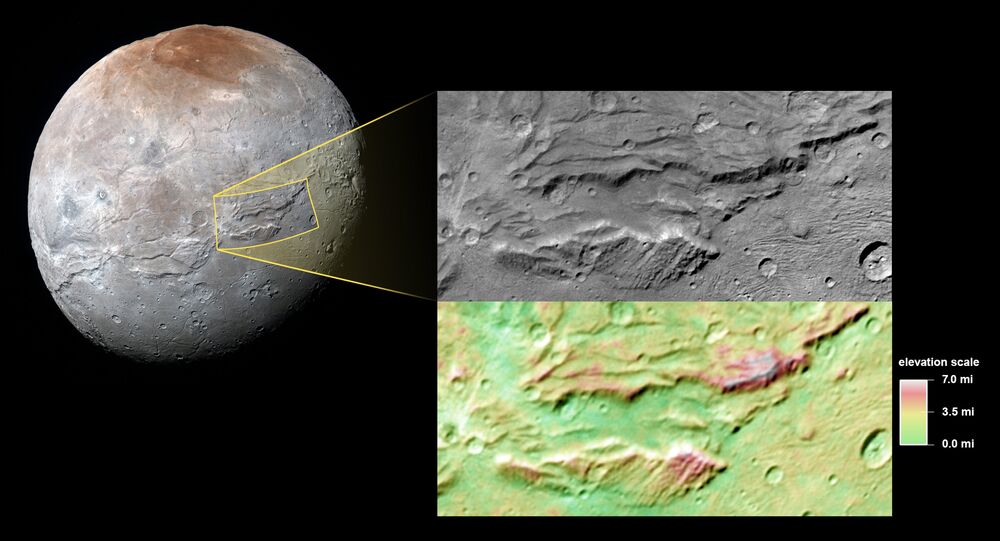 Recent images of Pluto’s moon, Charon, supplied by the New Horizons mission, led NASA researchers to believe that the planet once contained an ancient ocean which currently exists as a layer of water ice.

Scientists speculate that Charon was originally warm enough to sustain a large body of water. However, as the moon gradually cooled over time, the ocean froze and expanded, lifting Charon’s outermost layers and fracturing its surface, thus producing the massive chasms which are currently being observed by New Horizons.

In 1979, the Voyager missions provided images of Jupiter's moon Europa, which is believed to be covered in a deep water ocean capped with an ice sheet. However, Europa's proximity to Jupiter renders human exploration unlikely due to its constant bombardment with Jovian radiation.