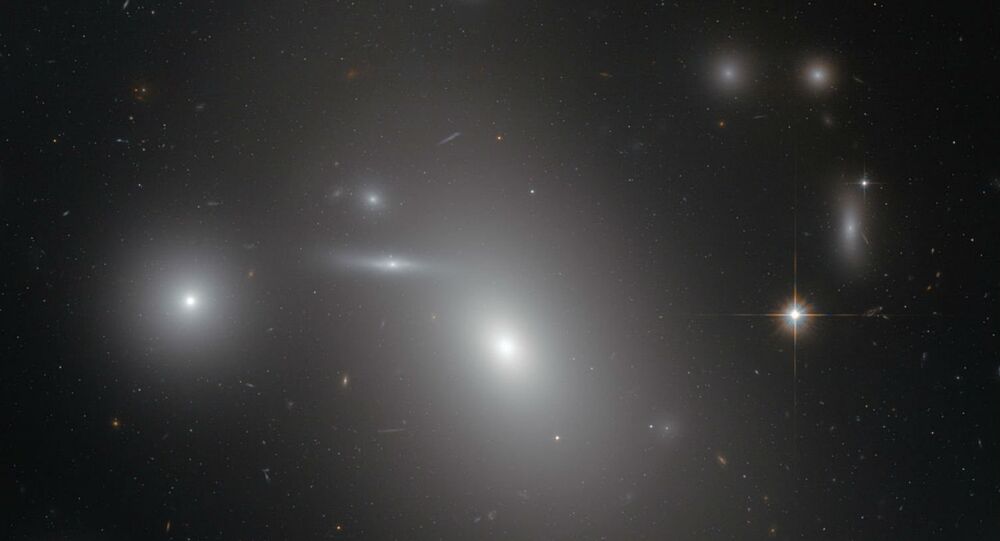 They don’t call them "supermassive" for nothing.

First discovered over two hundred years ago, NGC 4889 is an elliptical galaxy roughly 308 million light years from our own Milky Way. This week, researchers with the Hubble Space Telescope announced the discovery of an enormous object at the galaxy’s center: the largest black hole yet found.

"Twenty-one billion times the mass of the Sun, this black hole has an event horizon – the surface at which even light cannot escape its gravitational grasp – with a diameter of approximately 130 billion kilometers [80 billion miles]," reads a joint statement from NASA and the European Space Agency.

It’s difficult to fully grasp how monstrously huge the object is. For comparison, our planet is roughly 8,000 miles in diameter. The Sun measures approximately 865,000 miles across. Moving from one side of the black hole to the other would be roughly equivalent to 15 times the diameter of Neptune’s orbit around the Sun.

Scientists believe that black holes exist at the center of all galaxies, and comparing NGC 4889 to the Milky Way can also provide insight into how large this object really is. The diameter of the supermassive black hole at the center of our own galaxy is estimated to be one-fifth of the planet Mercury’s orbit around the Sun, and its mass is thought be a mere 3 to 4 million times that of our star.

While massive, the newly discovered black hole is believed to be dormant.

"Astronomers believe that the gigantic black hole has stopped feeding, and is currently resting after feasting on NGC 4889’s cosmic cuisine," the statement colorfully reads. "The environment within the galaxy is now so peaceful that stars are forming from its remaining gas and orbiting undisturbed around the black hole."

During its active period, however, astronomers believe that the black hole would have been classified as a quasar, with NGC 4889 alone emitting 1000 times as much energy as the entire Milky Way.