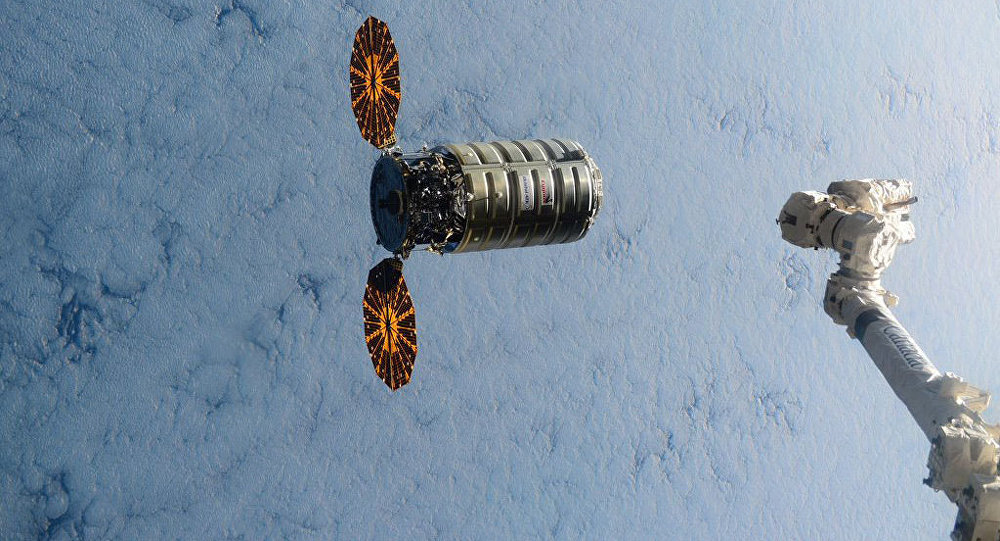 The US automated cargo spacecraft Cygnus finished its mission on the International Space Station (ISS), according to the Russian Mission Control Center (MCC).

"There was a separation of the cargo ship from the port Unity (Node1) at the US segment of the ISS. After that, the cargo ship was withdrawn in the normal mode to a safe distance from the station and was disconnected from the robot arm," an MCC spokesman told RIA Novosti.

The Cygnus' mission was launched on December 6, 2015, aboard an Atlas V rocket, which was the first Cygnus flight since the October 2014 failure.

© AFP 2019 / AUBREY GEMIGNANI
Cygnus Cargo Spacecraft Launched From Florida Toward ISS
The Cygnus spent 72 days attached to the ISS, 12 days more than the ISS requirement provided for in the contracts between Orbital ATK, the spacecraft's manufacturer, and the US National Aeronautics and Space Administration (NASA).

The Cygnus is part of NASA's Commercial Orbital Transportation Services (COTS) developmental program, and is designed to transport supplies to the International Space Station (ISS) following the retirement of the Space Shuttle, which carried out its last mission in 2011.