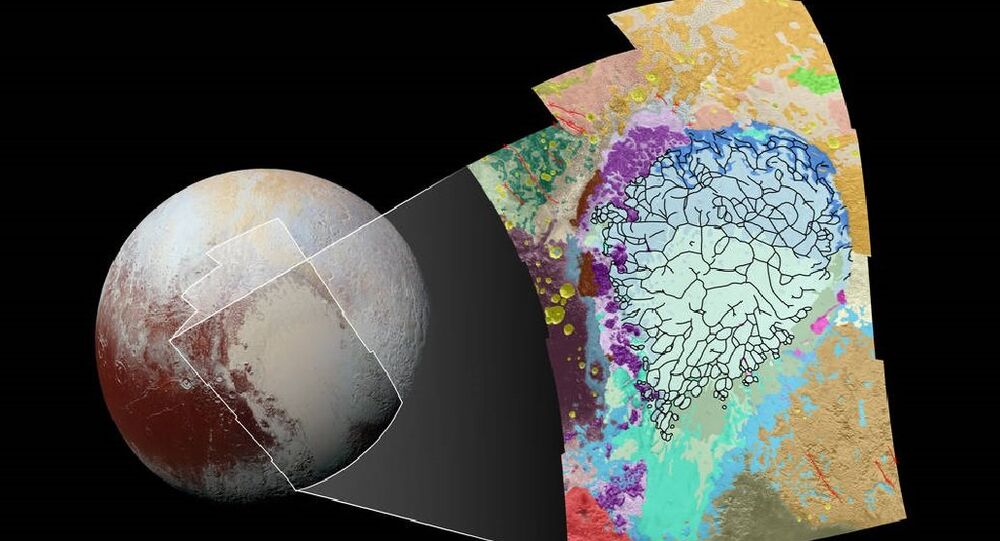 While millions of people around the world are celebrating St. Valentine’s Day, NASA astronomers have also gotten straight to the heart of planet Pluto, seeking to know more about the tiny planet’s geological nature and evolution.

Last year, NASA told us about Pluto’s “broken heart” region, claiming that the dwarf planet has its own “heart,” a mysterious surface area in the Tombaugh Region.

“This map covers a portion of Pluto’s surface that measures 1,290 miles (2,070 kilometers) from top to bottom,” a NASA press release said.

Each patch of color stands for a certain type of terrain, different in their geological morphology – uplands, plateaus, smooth lowlands, etc.

“Producing such maps is important in gauging what processes have operated where on Pluto, and when they occurred relative to other processes at work,” NASA stated.