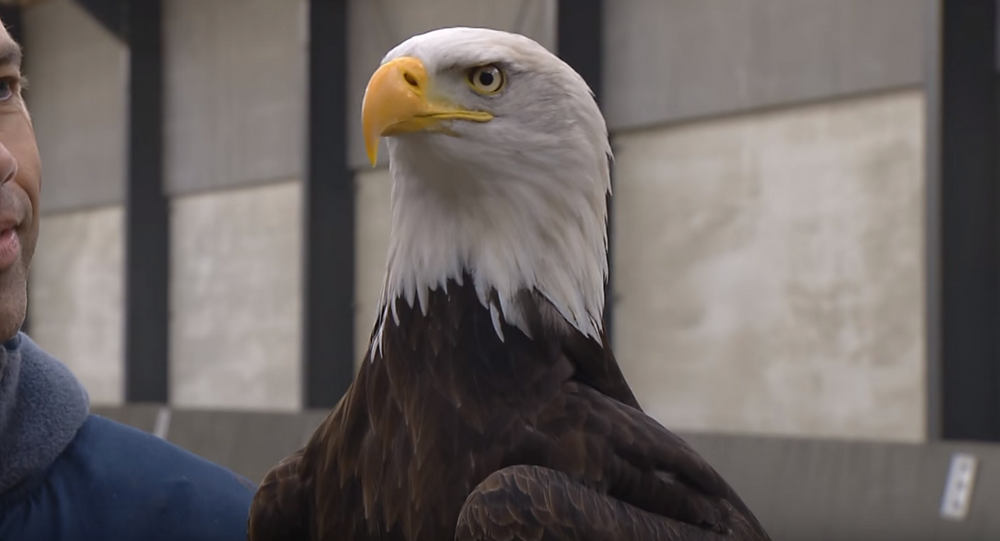 As recreational drones become increasingly available, governments across the world are desperate to develop strategies for dealing with errant unmanned aerial vehicles (UAV). While some have focused on high-tech remote control override technology, Dutch police are pursuing a more old-school method: eagles.

Earlier this month, the US Federal Aviation Administration announced that there were roughly 181,000 recreational drones registered in the United States. Similar statistics are measured across Europe, and that ubiquity poses challenging security questions. Last February, a number of nighttime drone sightings around Paris landmarks sent the city into a panic, with authorities concerned that the devices could potentially carry explosives.

Dutch police are developing a novel, though ancient, solution to the problem. If authorities spot a potentially threatening UAV in the skies, their plan is to release a drone-catching eagle.

Authorities have partnered with raptor training company Guard From Above, and, as evidenced by the above video, it wasn’t difficult to teach the eagles to view the small drones as aerial prey. Intercepting the craft in mid-air, the bird then finds a safe area to land, where it awaits a reward from its trainer.

The company has released a statement addressing concern that UAV retrievals could harm birds.

"In nature, birds of prey often overpower large and dangerous prey. Their talons have scales, which protect them naturally, from their victim’s bites," the company’s website reads. "Of course, we are continuously investigating any extra possible protective measures we can take in order to protect our birds."

Dutch police expect to perform several more months of tests before making a final decision on the program’s efficacy.

While the eagles appear to be effective against smaller UAVs, larger craft could prove more difficult. And as far as use in the United States goes, the protected status that many species of birds of prey enjoy could prove problematic.

A number of companies pursue more high-tech solutions for the drone threat. Aerospace company Selex is developing a counter-drone system known as Falcon Shield. Consisting of a network of radar, cameras, and microphones, the system could be installed in high-profile areas to detect, identify, track, and shoot down small drones.

Japanese authorities have developed a specialized net that be hung from a police UAV to capture and down drones operating within no-fly zones.

Drones Almost Collided With Planes in UK on 4 Occasions - Reports