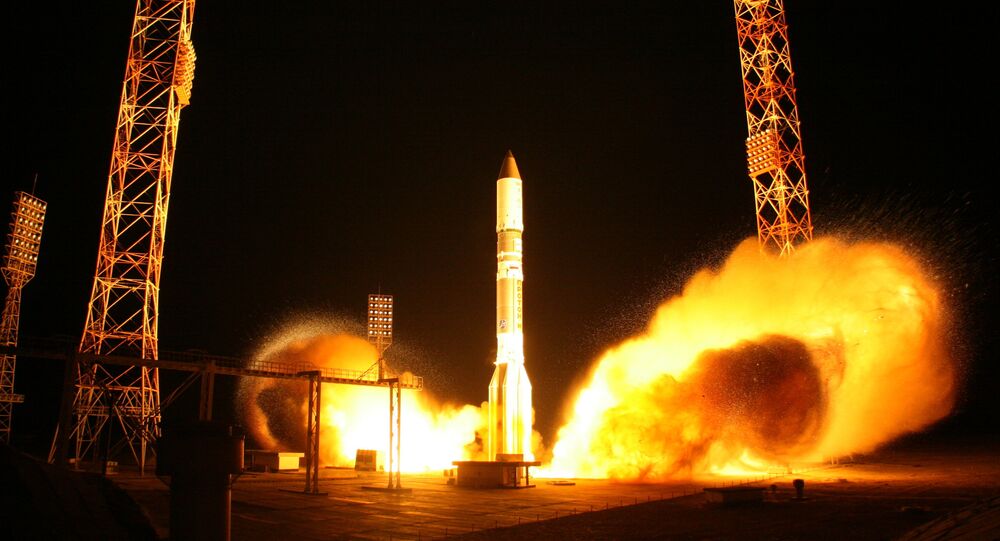 Russian Proton-M carrier rocket with the European Eutelsat 9B communications satellite was launched from the Baikonur.

"The Proton carrier rocket was launched at the designated time [on Saturday] – 01:20 Moscow time [22:20 GMT on Friday]," the spokesperson said.

The launch was previously postponed from January 28 to January 30 due to unfavourable weather conditions.

The Eutelsat 9B satellite is designed to provide digital television and data services in Scandinavia and the Baltic countries.

The Proton-M, produced by Russia's Khrunichev State Research and Production Space Center, is the largest carrier rocket in the country's space launch vehicle fleet. The rocket has lifted dozens of Russian-made and foreign satellites since it was first launched in 2001.

In October, a subsidiary of Khrunichev Center signed a contract with Eutelsat to put the French-based company's satellites into orbit during the period of 2016-2023.

According to the Khrunichev Center, the Russian Proton carrier rockets have launched 11 Eutelsat satellites over the past 15 years.