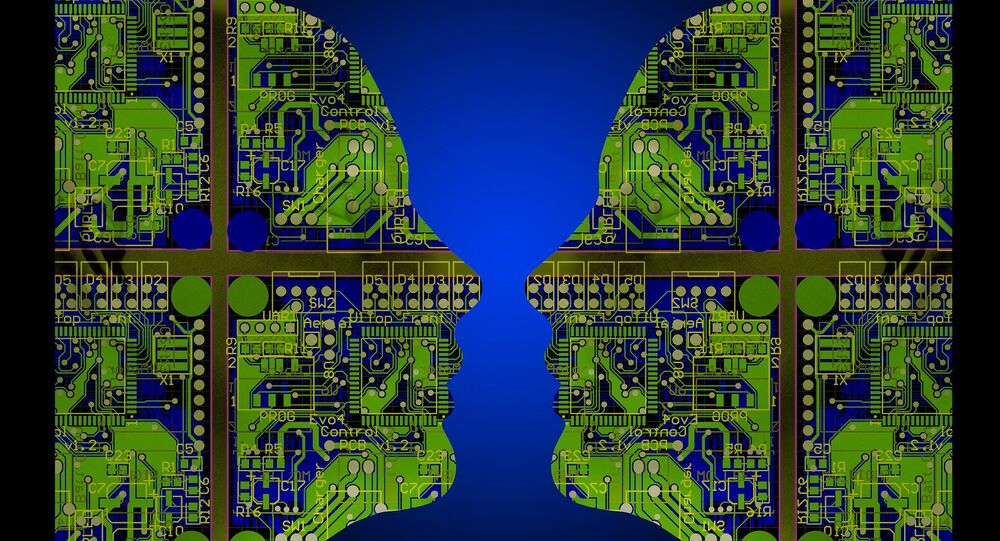 The Google DeepMind computer has secured a milestone gaming victory in defeating a human at playing Go, the oldest existing board game.

“A 20-year dream comes to fruition – our program AlphaGo masters the game of Go, achieving a grand challenge of AI,” Demis Hassabis, CEO of Google DeepMind, announced in a statement online.

© AP Photo
Asimov Revisited: Google Exec Projects AI Revolution, Issues Three 'Basic Principles'
A challenge remained after a 1997 victory against the then-world chess champion Garry Kasparov by IBM’s Deep Blue computer. The subsequent challenge was to win at Go, the oldest existing strategy board game. A software program, described as a kind of artificial intelligence (AI), has reportedly won this battle, using a set neural networks. The success of the “AlphaGo” computer was announced in Nature magazine on Wednesday.

We made the front cover of Nature! Details here: https://t.co/v6CSHelVTC #AlphaGo #DeepMind pic.twitter.com/bugshPxb4q

​“The game of Go has long been viewed as the most challenging of classic games for artificial intelligence owing to its enormous search space and the difficulty of evaluating board positions and moves,” the paper detailed.

The 2500-year old board game originated in China, where it remains enormously popular. The game is also popular in South Korea and Japan. Two opponents in the game are represented by white and black rounded stones, and the goal is to occupy as much territory of the opponent as possible.

The computer, dubbed AlphaGo, was specifically developed by the Google-owned DeepMind company for the task.

AlphaGo uses so-called Monte Carlo search tree algorithms and is described as self-learning, playing games with human players and itself, according to the research paper.

“Using this search algorithm, our program AlphaGo achieved a 99.8% winning rate against other Go programs,” the article stated.

AlphaGo has reportedly defeated the reigning 3-time European champion Fan Hui with a 5-0 score, an achievement “thought to be at least a decade away,” according to research. It is set to face another top world Go player, Lee Sedol, in Seoul in March 2016.

“While games are the perfect platform for developing and testing AI algorithms quickly and efficiently, ultimately we want to apply these techniques to important real-world problems … from climate modelling to complex disease analysis,” Demis Hassabis of Google DeepMind expressed.