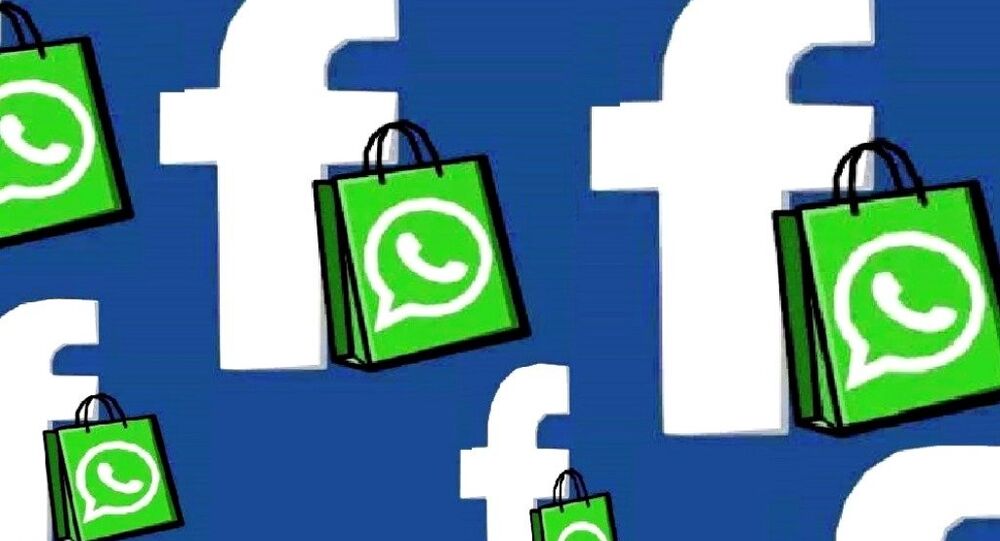 The world of instant messaging has just gone through some changes. When Facebook acquired WhatsApp in a multibillion deal in 2014, it promised not to interfere with the app's data. A few years later, and leaked documents suggest that the new version of WhatsApp will share user data with its owner to "improve your Facebook experiences".

© CC BY 2.0 / James Sanderson/HowToStartABlogOnline.net / The Demise of Facebook
Big Tech Bosses to Get Jail Terms if Public Informed of Snooping - UK Gov't
WhatsApp was founded on the principle of charging $1/year to keep its users' — one billion and counting — conversations private. Last week, the instant messaging giant confirmed that it's ditching its annual subscription fee.

At a conference in Munich, WhatsApp founder, Jan Koum mentioned a new business model which the messaging giant would soon be turning to. The subscription fee model of $1/year, according to Koum, "doesn't work for some people", as Facebook Messenger, for example, is completely free.

Despite the changes, WhatsApp insists the updated version of the app will pursue the goal of avoiding spam and unwanted advertising, it holds so close to heart. Founders Jan Koum and Brian Acton wrote on their official WhatsApp blog:

"We wanted to make something that wasn't just another ad clearinghouse. Advertising isn't just the disruption of aesthetics, the insults to your intelligence and the interruption of your train of thought…"

However, there's no such thing as a free lunch — WhatsApp may be following in Facebook Messenger's footsteps, offering its service for free, but it wants something in return. The updated version of the app quietly introduced a new feature — an optional tickbox, which allows it to share your data with Facebook "to improve your Facebook experience."

This discovery of WhatsApp sharing your account information with Facebook was made by Javier Santos, an Android developer.

Judging by the leaked screenshots, end-to-end encryption will apply to WhatsApp messages and calls as well. WhatsApp already encrypts all conversations by default, and an encryption indicator will now make sure that you know it does. End-to-end encrypted messages can't be read by anyone, including WhatsApp.

A private chat feature similar to that of the messaging app Telegram will also be available.

It is also not entirely clear what information will be exchanged between WhatsApp and Facebook, with many citing the contact list as being the obvious starting point. The content of conversations could also be used to suggest groups and pages on Facebook.

Some privacy campaigners have welcomed the indicator feature, yet many are left unimpressed by the prospect of data sharing with Facebook.

In other words, Facebook thinks WhatsApp users’ conversations & data are worth enough money that they’ve decided not to charge them anymore.

WhatsApp founders and creators, Jan Koum and Brian Acton, however, remain unshakeable in their view that users' data will not be compromised.

"Remember, when advertising is involved you the user are the product. At WhatsApp, our engineers spend all their time fixing bugs, adding new features and ironing out all the little intricacies in our task of bringing rich, affordable, reliable messaging to every phone in the world."

"That's our product and that's our passion. Your data isn't even in the picture. We are simply not interested in any of it."

WhatsApp Coming to Your Internet Browser, as Long as You Use Android