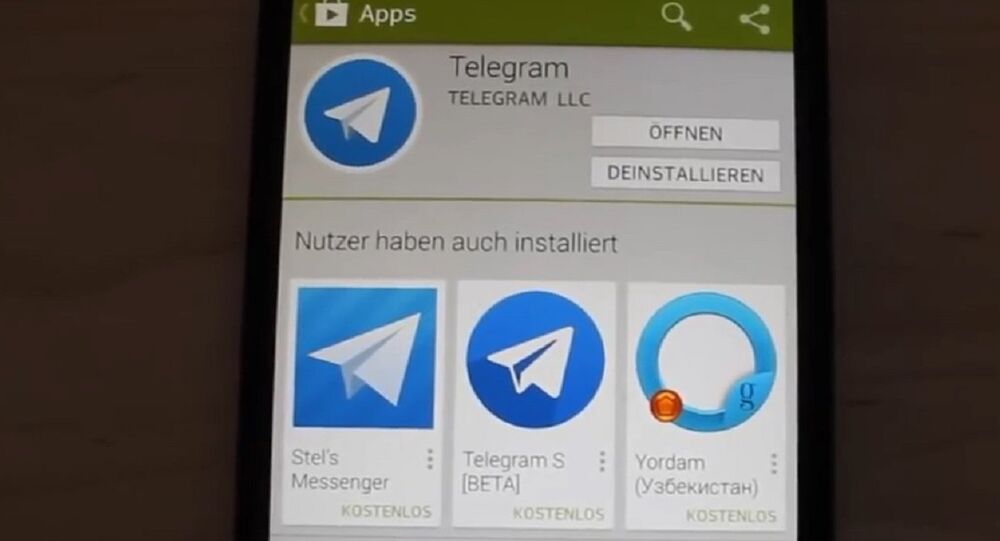 MOSCOW (Sputnik) — In an earlier post, Durov stated he had predicted that the terrorist group would launch its own messaging service. Daesh has now launched the Alwari application, reports said Thursday, quoting the Ghost Security group.

Russia's Federal Security Service (FSB) Director Alexander Bortnikov has previously been asked by a State Duma member to consider restricting Telegram access for Russian users in case allegations of terrorist presence on the service are confirmed.