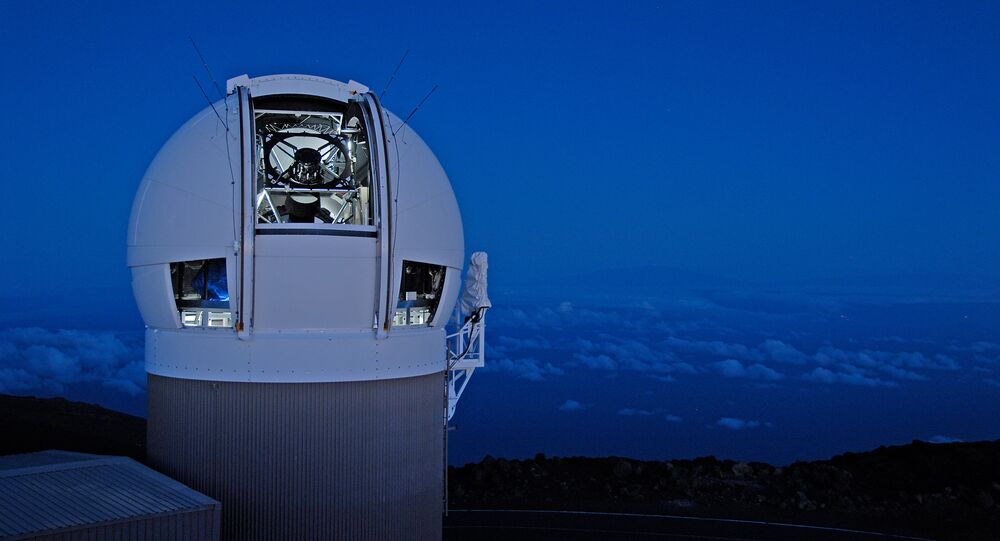 America’s space agency is ready to do battle against incoming asteroids and other dangerous extraterrestrial objects heading for Earth: a special task force with a solid budget has been formed for the job.

© CC BY 2.0 / killbox
Pentagon, NASA, Homeland Security Waste $1.6Bln Per Year by Outsourcing
The financing for the Near-Earth Objects (NEOs) monitoring program has grown since 2010, from $4 million to $50 million, with the Chelyabinsk meteor’s 2013 dramatic and unexpected entrance into Earth’s atmosphere a turning point making US authorities understand the asteroid threat ought to be taken seriously, according to a recent NASA release.

Beginning in 2016, a special NASA Planetary Defense Coordination Office (PDCO) task force will be responsible for identifying NEOs. PDCO will coordinate various activities between many national and international observatories and governmental bodies, including the Pentagon and the European Space Agency.

Seeing asteroids more clearly: How radar imaging has improved from 2001 to 2015. https://t.co/ingXrpDepE pic.twitter.com/TpcGKe4wCq

​“In addition to detecting and tracking potentially hazardous objects, the office will issue notices of close passes and warnings of any detected potential impacts, based on credible science data,” NASA said. An Asteroid Watch Widget has also been published on the agency’s website.

Currently there are about 1,500 NEOs identified and added into the database each year. NASA’s ambitious plan is to discover and identify 90 percent of NEOs at the size of, or a bit larger than, a football field in diameter – 140 meters (450 feet) – by 2021, as most of the bigger objects (1 km / 3,000 ft in diameter) have already been added, NASA reported.

“Asteroid detection, tracking and defense of our planet is something that NASA, its interagency partners, and the global community take very seriously,” John Grunsfeld, associate administrator for NASA’s Science Mission Directorate in Washington, said in the statement. “While there are no known impact threats at this time, the 2013 Chelyabinsk super-fireball and the recent ‘Halloween Asteroid’ close approach remind us of why we need to remain vigilant and keep our eyes to the sky.”

© REUTERS / Joe Skipper
Main 2015 Space Exploration Events
One immediate planetary defense goal for the newly-formed task force is to create a viable technology that can change the course of an asteroid approaching our planet.

NASA and the Nuclear Security Administration have separately studied potential threats that could obliterate cities or the entire planet. For years, the two agencies examined cosmic fragments, designed rocket interceptors, and conducted simulated tests to see how asteroids could be prevented from entering the Earth’s atmosphere.

The two agencies sealed an agreement in summer 2015, working together to safeguard the planet’s survival in the event of an incoming celestial object. A goal of their collaboration is to develop a plan that involves using nuclear device detonation to intercept asteroids.

Office created by @NASA for detecting potential #asteroid crashes on #earth. Are these 2 things related in any way? https://t.co/922P8i8yS2

​The NASA-funded asteroid survey was first launched in 1998. To date, it has discovered over 13,500 NEOs in many sizes.

Cheers! Meet the NASA Cup for Drinking in Space!

Asteroid Belt: Watch the Discovery of Our Space Neighbors

New Space Mining Tech Could Be Game-Changer for Interstellar Travel