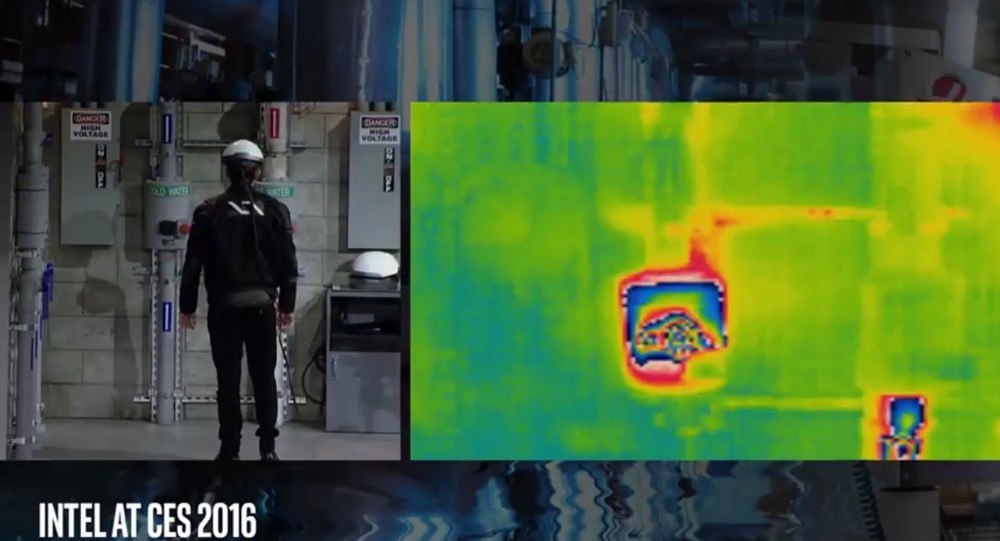 Intel has created a Smart Helmet, a device that allows wearers to basically see through solid objects like walls and pipes by overlaying maps, schematics and thermal images.

© AP Photo / Marcio José Sánchez
Mark Zuckerberg’s 2016 Resolution? Build a Robot That Controls His Home
The company mostly known for the chips that run computers succeeded in the area that attracted nearly every major company in technology business. The chip-giant entered the augmented reality world by releasing a set of glasses built into a helmet that give users x-ray-like vision.

The Smart Helmet was unveiled at a Consumer Electronics Show in Las Vegas. Hardhat, developed by the virtual reality firm DAQRI, is powered by Intel's 6th Gen Core m7 processor and equipped with RealSense 3D camera that is capable of overlaying computer images on the real world.

The DAQRI SMART HELMET is a new augmented reality device that is looking to revolutionize the work place #CES2016 https://t.co/3Bv9LgIolR

​Microsoft previously made progress in the sphere of augmented and virtual reality by creating HoloLens which has, however, only seen limited demos. Unlike HoloLens, intended for various purposes including entertainment, the Daqri Smart Helmet is meant primarily for industrial use. The interface can give workers digital directions on top of what they're looking at and thus allows the wearer to, for instance, effectively see into problem areas that need fixing.

The Smart Helmet is aimed at maximizing safety and productivity for workers. It has been tested by a range of Fortune 100 companies across aerospace, construction, oil and gas industries. It is ready to hit the tech market and will be available for purchase in the first quarter of 2016.